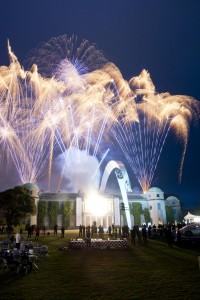 Goodwood’s 2014 Festival of Speed, held June 26-29, was the largest and most successful in the event’s history, attracting 200,000 highly enthusiastic visitors to West Sussex. 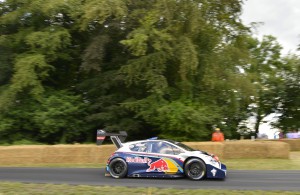 Sebastien Loeb, driving a Peugeot 208 T16, wins the Sunday shoot-out to end the event as its fastest driver. 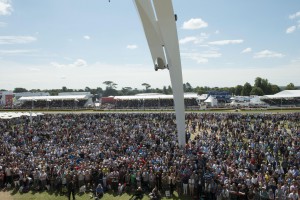 From the Michelin Supercar Run held against the clock and creating a popular winner in gamer-turned racer Jann Mardenborough and victory on the Forest Rally Stage presented by Skoda for Dani Sordo on the U.K. debut of the Hyundai i20 WRC, to adrenaline-fuelled action in the GAS Arena, the 2014 Festival of Speed had something for everybody to enjoy. 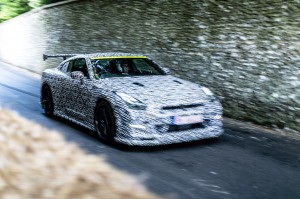 Jann Mardenborough smashing the supercar record for the Hillclimb during the Michelin Supercar Run.

The Moving Motor Show presented by The Automobile Association and The Telegraph newspaper drew in a crowd of 34,000 motoring enthusiasts, making it the most-attended Thursday of the Festival of Speed since a fourth day was added. 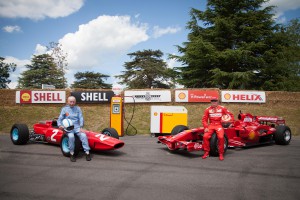 John Surtees and Kimi Raikkonen combined to create a magic Hillclimb moment on the final day of Goodwood 2014.

A total of 18 U.K. first views for new machinery, including the world debuts of the new Ford Focus ST, Bentley Continental GT3 R, Honda NSX Concept and Peugeot 208 GTi 30th anniversary edition, created yet more buzz around the event, which is now firmly established as the unofficial British Motor Show. 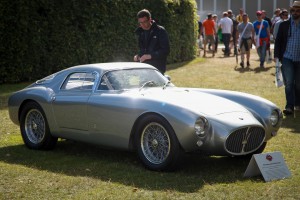 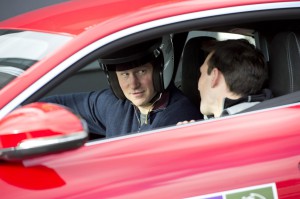 Prince Harry getting ready to drive a Jaguar F-Type on track day at Goodwood.