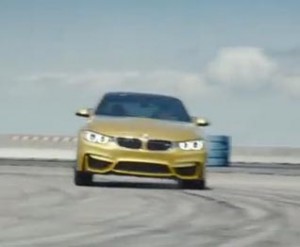 The BMW Group will build a new plant in Mexico in close proximity to the city of San Luis Potosí in the state of the same name.

The move is in line with the company’s strategic policy of ensuring globally balanced growth.

“Mexico is an ideal location for the BMW Group and will be another important plant within our production network,” said Harald Krueger, member of the BMW AG Board of Management, responsible for Production. “We will invest US$1-billion in the new production site over the next few years. Production is planned to start in 2019 and during that year, the workforce will reach around 1,500 people.”

Over the medium term, several thousand jobs will be created on the plant site and in the surrounding area.

The company will announce which BMW models will be built at the San Luis Potosí location at a later date.

“This decision underscores our commitment to the NAFTA region. We have been building BMW cars at our US plant in Spartanburg for the past 20 years,” said Krueger. “With a planned annual capacity of 150,000 units for the new plant in Mexico, the BMW Group will be even better positioned to take advantage of the growth potential in the entire region. The Americas are among the most important growth markets for the BMW Group. We are continuing our strategy of ‘production follows the market.’”

The BMW Group has operated a local sales company in Mexico since 1994 and sold a total of 13,992 vehicles in the country in 2013. This represents an increase of almost 18.3 per cent over the previous year.

The BMW Group announced a further investment of US$1-billion at its existing plant in Spartanburg, USA in March 2014. This will increase that plant’s annual production capacity to up to 450,000 vehicles by the end of 2016 and make Spartanburg the largest plant in the BMW Group’s international production network.

A further US$200-million will be invested to expand the joint venture carbon fiber plant in Moses Lake, Washington. This will triple local production capacity over the long term, making the Moses Lake plant the world’s largest carbon fiber manufacturing facility.

The BMW Group will invest a total of 2.2 billion US dollars in the NAFTA region in the period up to 2019.

In parallel, the BMW Group is currently building a plant in the state of Santa Catarina in Brazil. The start of production for the Brazilian plant is scheduled for the latter part of 2014.

View all posts by westernadmin →
Record 200,000 crowd for Goodwood Festival of Speed 2014
Canadians spend average of $26,000 every 5 years on a new vehicle, according to BMO poll