By westernadmin on September 24, 2013 in Jaguar 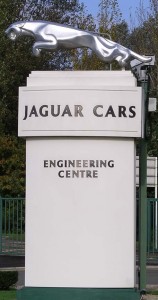 in the UK will be focused on a new cutting-edge technology, innovation and education centre in Warwick.

The centre called the National Automotive Innovation Campus (NAIC) is designed to create a large-scale collaborative research environment. It will bring academics from the UK’s leading universities together with researchers and engineers from Jaguar Land Rover and its supply chain, in a single, multi-purpose, state-of-the-art research facility.

Construction of the nearly $160-million NAIC is scheduled to begin in September 2014 at the University of Warwick. Around 1000 academics, researchers, technologists and engineers will work in the building, which will feature engineering workshops and laboratories, advanced powertrain facilities and the latest advanced design, visualization and rapid prototyping technologies.

The development of the new facility, which will complement Jaguar Land Rover’s product creation centers in Gaydon and Whitley, will be coordinated by Dr. Wolfgang Epple, Jaguar Land Rover’s Director of Research and Technology. In this new board-level role, Dr. Epple is leading Jaguar Land Rover’s innovation and advanced research initiatives and has been appointed a Honorary Fellow at WMG.

The development of the NAIC project is the next stage in Jaguar Land Rover’s long-term research strategy and builds on the success Jaguar Land Rover has enjoyed as part of its long-standing relationship with WMG at the University of Warwick. Nearly 200 Jaguar Land Rover researchers and engineers are currently based at WMG, collaborating with university experts on a number of projects.

Jaguar Land Rover expects that it will more than double the size of its advanced research team to 500 people by the time the NAIC opens in 2016.

As well as the skills and knowledge that will be developed within the research projects at the centre, NAIC will have a key role in developing the skills of school children and engineering students, who will be able to use NAIC’s laboratories and a dedicated engineering education facility.