By westernadmin on September 10, 2013 in Nissan 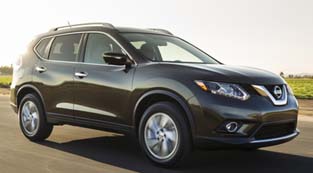 Nissan has debuted its all-new 2014 Nissan Rogue compact utility vehicle, the company’s best-selling model in Canada and one of a family of new Nissan global compact crossovers.

The European version, called the Nissan X-TRAIL, made its world debut during a press conference at the 2013 Frankfurt Motor Show.

As a high-volume global growth product built on the new jointly developed Nissan/Renault Common Module Family (CMF) platform architecture, it is projected to be available in 190 countries around the world.

The new Rogue is scheduled to go on sale at Nissan dealers in Canada in December 2013. Pricing has not yet been announced. 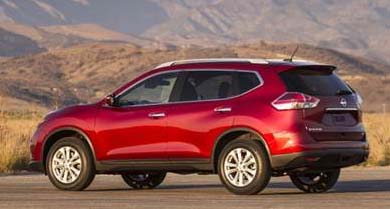 For the first time, Rogue will offer optional 3-row/7-passenger seating, thanks to its improved interior packaging efficiency. Among the many interior highlights are the innovative, class-exclusive** Divide ‘n Hide® Cargo System providing 18 adjustable variations (two-row models) between the cargo and occupant areas.

Fuel economy is significantly improved over the 2013 model with details to be announced at a later date.

The 2014 Nissan Rogue is offered in three models, S, SV and SL, and will be assembled in Smyrna, Tennessee.