By westernadmin on September 3, 2013 in Motorsport, Racing 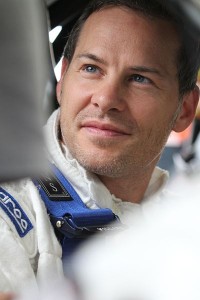 Canadian racing legend Jacques Villeneuve is one of the lead partners in an exciting new development in the Okanagan.

A group of enthusiasts is proposing a semi-private club based around a new 5-kilometre circuit designed to meet the requirements for FIA level 2 events, to be built in the Okanagan valley southeast of Oliver, B.C.

A public information meeting for potential members was held over the 2013 Labour Day weekend at Spirit Ridge Resort in Osoyoos.

Villeneuve and long-time friend Bill Drossos are seeking commitments from founding members for the facility and club.

Phase I of the proposed development would see work begin on track construction in the spring 2014 and would also include a driving academy and a karting facility. 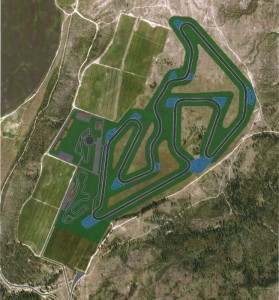 Drossos explains the concept and approach in more detail on CBC radio:

The meeting in Osoyoos kicked off the membership drive. The founders described their concept of a “Motorsports Country Club” for the enjoyment of sports and high-performance cars, similar in concept to a golf resort. The track and facilities, which would be designed under the direction of Villeneuve, are expected to cost between $10- and $12-million dollars. 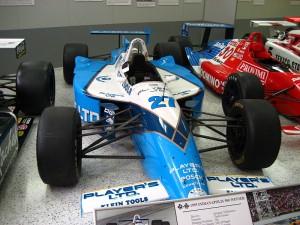 In a nod to Gilles Villeneuve’s racing number and Jacques’ own number when he won the Indianapolis 500 the track has been dubbed “Area 27”.

Osoyoos Indian Band Chief Clarence Louie is fully supportive of the project.  The band has a strong history of successful business and tourism ventures.  The land, which is high on a bench above the valley has “amazing potential” according to Villeneuve and its location is expected to pose minimal noise issues for the surrounding communities.

The BC motorsport community has heard many new track proposals from various groups over recent years with proposed locations from Merritt, Chilliwack and Whistler. Let’s hope this one actually gets built and operational.