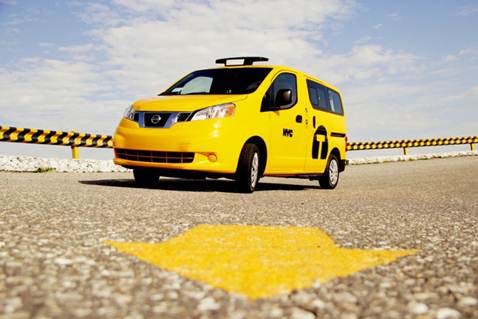 Production of the Nissan NV200 Taxi – New York’s “Taxi of Tomorrow” – is now underway at the company’s assembly plant in Cuernavaca, Mexico.

Nissan developed the new taxi, which is based on the NV200 compact cargo vehicle, to suit the specific demands of the more than 600,000 people who ride in New York City taxicabs every day.

In 2011, after a competitive two-year selection process, the Taxi and Limousine Commission (TLC) of New York City selected Nissan NV200 as the exclusive taxi for the city.