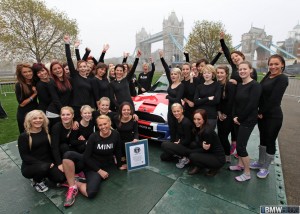 A team of gym members from East Sussex, England have smashed two Guinness World Records world records for the number of people inside both a classic Mini and a 2012 MINI.

The team broke their own previous record of 27 people, which they set in Eastbourne in 2011.

The ladies made full use of every inch of space available in the MINI, including the dashboard, the footwells and they even managed to squeeze four people in the boot. 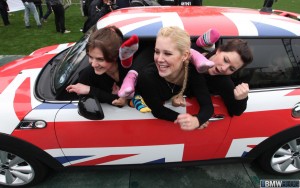 As soon as they celebrated their first record the ladies dashed off to Britian’s ITV studios to attempt the second record live on TV show This Morning where, by squeezing a staggering 23 ladies into a classic Mini, they managed to beat the previous record by two people.