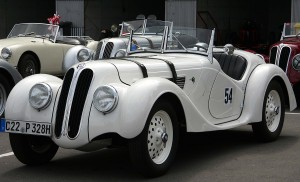 BMW Classic coordinates all activities that are connected with BMW’s varied history, covering everything from BMW’s historical archives, assortment of aeroplanes, communication, museum and BMW’s role in the international club scene.

The remanufacture of the gear-wheel kits for the 328 is a nod to BMW Classic’s commitment to maintaining the brand heritage and reaffirming its objective that original parts can be used in BMW classics.

The first and second gears in the original Hurth gearbox from the 1930s were not synchronised while the third and fourth gears were synchronised. BMW Classic has commissioned automotive supplier and gearbox specialist ZF Friedrichshafen AG to solve this tricky task.

Specialists from the archive and the restoration workshop of BMW Classic as well as external specialists in the field of the BMW 328 have joined forces with the gearbox development engineers from Friedrichshafen to work on getting closer to the original status from the 1930s.

The biggest challenge was establishing the actual status of the original because after more than 70 years all the existing gearboxes have been subject to modifications and optimizations. The resources required were such that ZF Friedrichshafen AG gave the project a similar status to that of a prototype construction for modern gearboxes.

The first prototypes have already been installed in the works vehicles of BMW Group Classic. They will undergo endurance testing at a variety of driving events during 2012.

BMW Classic is anticipating deliveries to customers at the end of 2012 or the beginning of 2013.

View all posts by westernadmin →
MINI celebrates a decade in Canada: Bring on the four-wheeled donuts
Porsche new 2013 Cayenne Diesel