During its five-generation production history—1966 to 1996—terms ascribed to the ways in which Ford Bronco owners enjoyed their beloved vehicles include “used and abused,” “battered,” “rusted out” and “highly modified,” to name a few.

Prior to the Bronco, Ford’s launch of its iconic Mustang—hot off the production line in 1964—had already captivated the hearts and cheque books of the booming, sports performance market. The 4×4 Bronco, with its own optional inline V6 or V8 engines, gained traction from Mustang’s spillover publicity, ensuring a fast-paced sales launch. 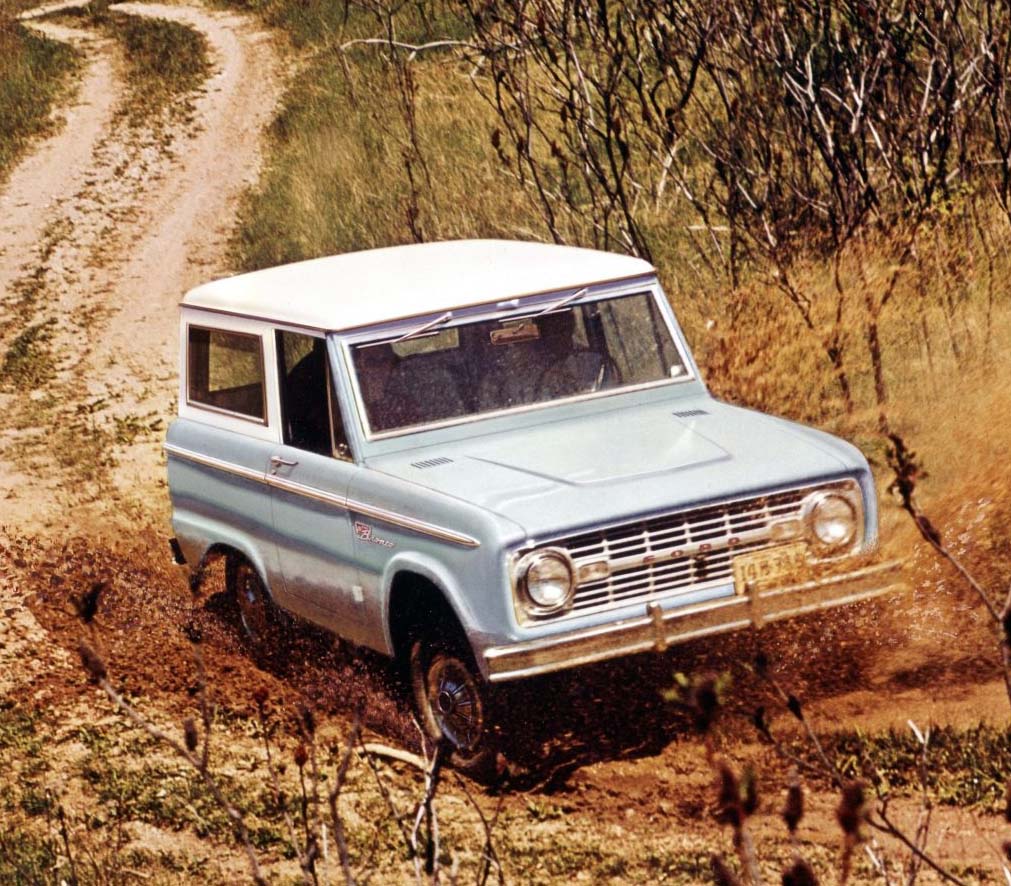 First-generation Bronco models could be ordered in either station wagon, half cab or roadster version, with the 3-door wagon becoming the most popular. Ford’s GOAT (Goes Over Any Terrain) promotion of the vehicle was an effective one that produced sales of more than 24,000 vehicles from 1966 to 1977. The 1974/75 models had the most options and are the most collectible today. 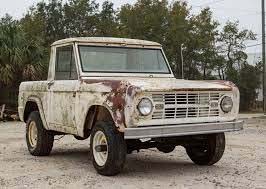 A special-edition U13 Roadster model, built for fun rather than utility, was introduced in 1966. From a total production of 5,000, only 250 of these U13 roadsters are believed to still exist, so if you find an original, buy it

Following its launch, highly modified Bronco models were used to compete in many off-road races and in 1971, when competitive race car driver Parnelli Jones won the Baja 1000 desert rally in a specially prepared Bronco called the ‘Big Oly’, a limited edition Baja Bronco was born. 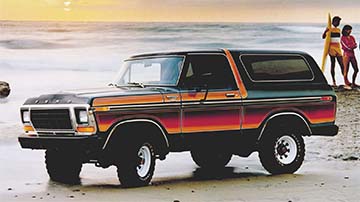 The second-generation pick-up version was introduced in 1978. It was wider, taller, had all-wheel drive and a 3- speed automatic transmission with an innovative rear widow that lowered into the tailgate, which allowed it to fold out like a pickup.

This was followed in 1980 by the smaller, lighter V6 model based on the F-150 pick up truck. This third generation, energy-saving model was produced until 1986. 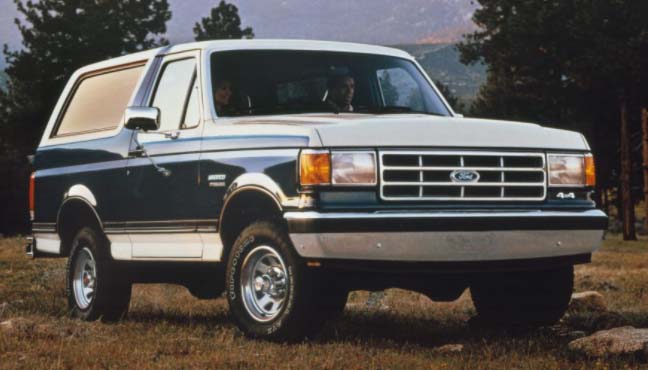 In 1991, the very collectable Silver Anniversary Special Edition was introduced. Featuring an exclusive Currant Red paint finish and a grey leather interior—the first time leather upholstery was used for the Bronco—Silver Anniversary production was estimated at approximately 3,000 vehicles for the 1991 anniversary year. 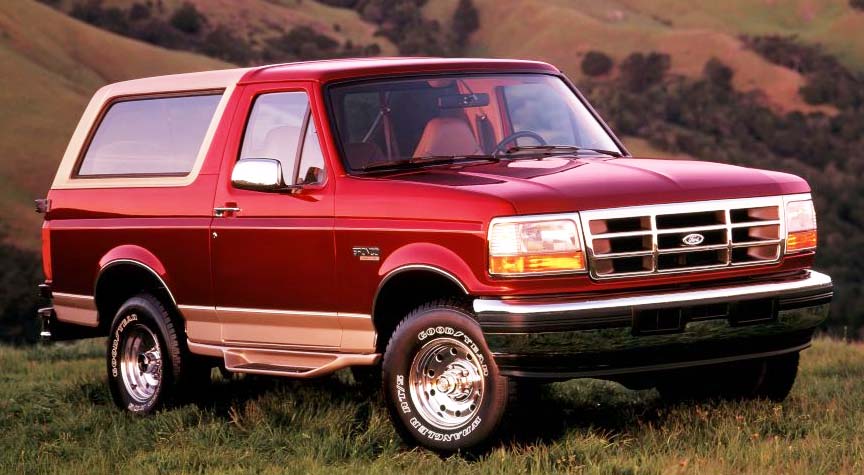 The fifth-generation model had a five-year production run from 1992 to 1996, before luxury, family- oriented four-door SUVs that emphasized safety began to dominate the market. As a result, sales of the Bronco declined, leading to production ending in 1996, but not before benefiting from a sales boost in 1994, when the most famous production Bronco of all was chased by an armada of police cars down an L.A freeway with OJ Simpson at the wheel.

Welcome to the sixth generation 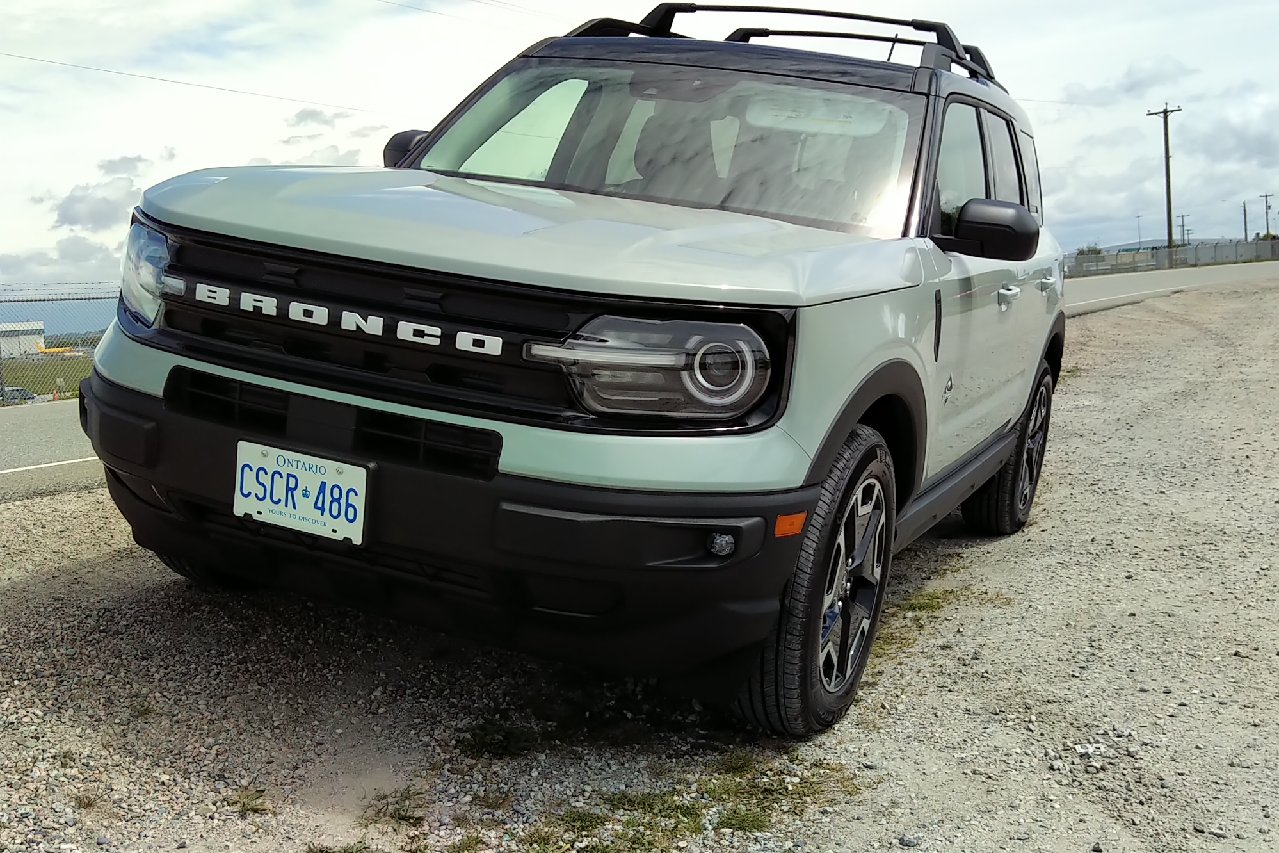 Touted as the most anticipated release in automotive history, the 2021 Ford Bronco Sport is now in dealer showrooms, 55 years after it’s initial launch and some 30 years since the last production model was discontinued. Note this is not the full-bore, 2021 Bronco version which is still in production and available later this year. 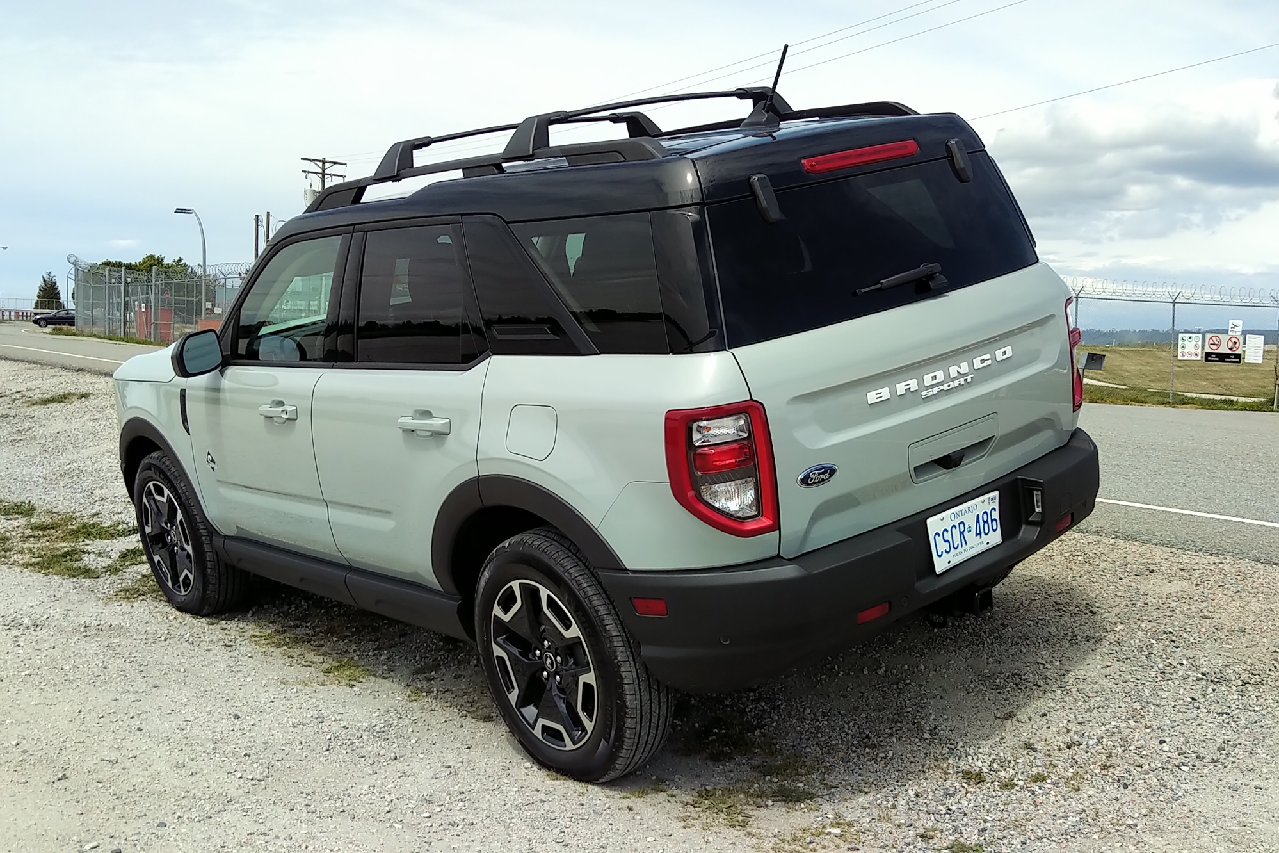 Ford describes the Bronco Sport “as tough as a F150, with the spirit of a Mustang,” and that’s quite the legacy to draw upon.

At the Detroit Auto Show in 2004, the prototype debuted as a futuristic, chunky retro SUV, designed to compete with the then-popular Jeep Wrangler model.

The 2021 production Bronco models have stayed close to the prototype’s distinctive retro design with a slight hint of Land Rover. It’s a good-looking SUV with a commanding presence, authoritative road stance and just the right emphasis on what made the original 1966 Iacocca/Frey/Axelrad creation so successful.

Not unlike the early models, the 2021 Broncos come in two-door and four-door versions, along with a dizzying number of standard options in six-model choices—all with adventuristic names like Big Bend, Black Diamond, Outer Banks, Badlands and top-of-the-line Wildtrak.

Two EcoBoost engines are offered—1.5L/181-horsepower/3-cyclinder Turbo or 2.0L/245-horsepower/4 cylinder, both with 8-speed automatic transmissions that come with GOAT settings.

Just like the previous generation Broncos, the sixth-generation model is already being given the worthy designation of “future classic.”

For model choices and a complete list of options connect to www.ford.com/bronco

Hagerty Bronco values for collector enthusiasts (prices in US$ as quoted Sept 2021):

#3-Condition = VERY GOOD
Completely operable original or “older restoration” showing wear; also, a good amateur restoration, all presentable and serviceable inside and out. Plus, combinations of well-done restoration and good operable components or a partially restored car with all parts necessary to complete and/or valuable NOS part.

Electrification: is this the future of racing?
Porsche Drive vehicle subscription and rental program expands to Vancouver