By westernadmin on March 8, 2021 in Porsche, Videos 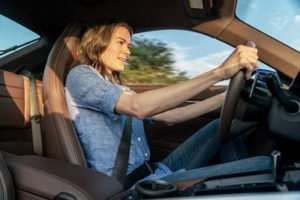 To mark International Women’s Day, March 8, 2021, Porsche hosted an invitation-only driving event for high-achieving women and their female mentors at the Porsche Experience Centers in Atlanta and LA.

“This celebratory event was designed to create a rewarding experience that empowers women to celebrate their success with those who guided their trajectory,” said Ayesha Coker, director of experiential marketing at Porsche Cars North America, Inc. (PCNA). “We’re honoured to host these inspiring women at our first International Women’s Day event.”

During the program, around 60 invited guests—each with mentors of her choice—had the opportunity to drive the first all-electric sports car from Porsche, the Taycan Turbo S and Taycan Turbo, as well as the 911 Carrera S.

Social distancing and masking was observed and each guest drove solo in their car, with the drive coach leading in a separate car and communicating via radio.

“Women play an integral part in the success of Porsche,” said Erika Burk, vice president of human resources at PCNA. “The Porsche Experience Centers on both coasts—which represent the largest investment to date outside of Germany at $160 million—are entirely managed by women. It’s these leadership roles at Porsche that we believe help move the needle for women in the car world today.”

In addition to the International Women’s Day program, PCNA released a short film profiling some of the driven women at the core of its operations. These women have not only helped shape the success of the German marque in America, but they continue to influence the future of the automotive industry every day.

The film can be viewed on The Porsche YouTube channel.