By westernadmin on October 18, 2017 in Automotive Technology 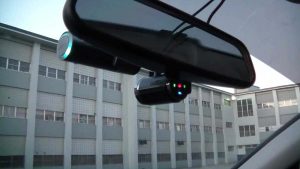 North America’s biggest dash cam supplier, B.C.-based BlackboxMyCar, is calling on the Insurance Corporation of BC (ICBC) to offer an insurance discount for customers with a dam cam installed in their vehicle.

“Ideally, we’d like to see them offer a 10-15 per cent discount,” said Alex Jang, CEO of BlackboxMyCar.

Several countries, including Britain, Thailand and Korea, offer this type of discount on insurance for customers with a camera installed in their vehicle.

“A move like this from ICBC would be a win-win,” said Jang.

BlackboxMyCar uses the example of an ICBC customer whose car is parked on the street and has the vehicle’s mirror chipped right off in a hit and run. With no straightforward evidence that this damage was caused by a hit-and-run incident, ICBC would deny the claim. This would cause the driver to pay for the damage or make an insurance claim using the policy deductible, which may cause a future rate hike to his insurance.

According to Jang, with the installation of a dash cam, customers can photograph the license place of an offending driver even when they are away from their vehicle, saving them from having to pay the deductible or an outright repair.

Dash cam evidence also helps ICBC. With up to $600-million in estimated fraudulent claims annually, more dash cam footage could help save money paid out for fraudulent insurance claims and the associated lawyers’ costs to both ICBC and B.C. taxpayers who end up footing the bill.

According to studies from the Insurance Bureau of Canada, Insurance Hotline, Cornerstone Insurance Brokers and Insurance Research Council, 10 to 20 per cent of claims contain an element of exaggeration. A dash cam acts as a reliable second set of eyes on the scene of an accident and that footage can be replayed for ICBC in event of a dispute.

Dash cams have also been shown to help prevent accidents in the first place.

“Studies show drivers with dash cams drive more responsibly because they know they’re being filmed,” said Jang. “There are already insurance discounts in place for drivers with years of clean driving. A move like this would just be another step in that direction.”

BlackboxMyCar has previously lobbied for dash cam evidence to be admitted and ICBC has said they will review dash cam evidence in the event of an accident, but they have not gone so far as to offer an insurance discount.

“It’s time for ICBC to get on board with what’s happening in other countries,” said Jang. “Offering an insurance discount for drivers with a dash cam installed really is a win-win.”