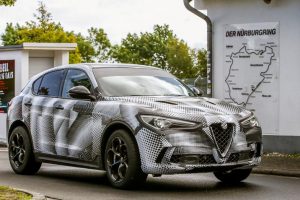 In September 21017, a Stelvio Quadrifoglio lapped the 20.7-kilometre) Nordschleife (north loop) in a record 7 minutes 51.7 seconds. This new benchmark time is a full eight seconds faster than the previous production SUV record. Video footage of the record-setting lap can be viewed on the Alfa Romeo YouTube channel at YouTube.com/AlfaRomeoUSA.

The Stelvio Quadrifoglio record was established by Fabio Francia, the same Alfa Romeo driver who also set the track record for the fastest four-door sedan in the world on the Nürburgring with the Giulia Quadrifoglio in a time of just 7 minutes and 32 seconds.

The heart and soul of this ultra-high-performance SUV is an all-aluminum, direct-injection 2.9-litre 24-valve twin-turbo intercooled V-6 engine, delivering a best-in-class 505 horsepower and 443 lb.-ft. of torque, and a standard Q4 all-wheel-drive system.

In addition to best-in-class horsepower, the Stelvio Quadrifoglio features segment-leading V-6 torque and the most horsepower per litre in its class. 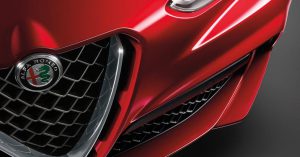 With the all-new 2018 Alfa Romeo Stelvio Quadrifoglio, Alfa Romeo took on the challenge to create an SUV that includes high performance, capability and design.