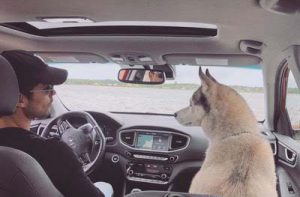 Whether shopping for a new car or gearing up for a big date, women are unsurprisingly more sensible—77 per cent look for reliability in a potential partner, and 87 per cent say they look for it in a car (compared to 66 per cent and 80 per cent of men, respectively) according to a new study commissioned by Hyundai Auto Canada and powered by Maru/Matchbox.

The study, the latest from The Hyundai Ultimate Date campaign for the newly released Ioniq eco vehicle, reveals women and men have different priorities when it comes to finding the ‘whole package’ and it often comes in the one they least expect.

It’s not all fun and games: both dating and car shopping can be stressful. A third of Canadians (32 per cent ) say dating is stressful, and nearly half (48 per cent ) say car shopping is stressful. Perhaps more tellingly, fewer than 1 in 5 (16 per cent) say they feel confident when car-shopping; for dating, that figure is similarly low (14%). While three quarters of Canadians (72%) find car shopping predictable, the Hyundai Ioniq makes the process even easier with an advanced, stylish vehicle packed with innovative technology making it equal parts eco-friendly and fun to drive.

In a quest to find true love, Canadians across the country are looking for different traits:

Quebecers are more relaxed—at least when it comes to buying a car and dating. Only 16 per cent said they think dating is stressful, compared to a national average of 32 per cent; and only 35 per cent think buying a car is stressful (versus 48 per cent nationally).

To extend the Hyundai Ioniq campaign with this message, Hyundai is offering Canadians the chance to win their own Hyundai Ultimate Date. From September 11 to March 18, 2018, contestants can “swipe right” on the Tinder app when they see the Hyundai-promoted profile to enter.

Canadians can also enter the contest through a dedicated website, www.HyundaiUltimateDate.com. One winner will be selected every month for six months and will receive an evening chauffeured in the Ioniq and $200 for a night out on the town.

The Ioniq is the first to offer three electrified powertrains in one platform: Hybrid, the Electric Plus plug-in hybrid, and a full Battery Electric.