By westernadmin on May 2, 2016 in All British Field Meet 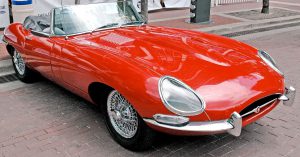 Here is how the top Top 10 ranked:

Many examples of these classics, plus 400-plus others will be on display Saturday May 21 at The Greatest Show on British Wheels Vancouver ABFM 2016 at VanDusen Garden,Oak & 37th Avenue, Vancouver.

Look for the special red, white & blue ribbon designating a Top 10 example of the marque.

Thanks to everyone who voted.