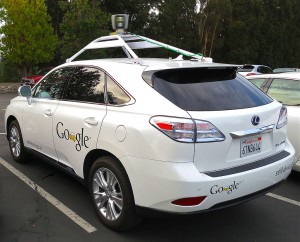 Lexus RX450h retrofitted by Google for its driverless car fleet.

Canadians are wary of driverless cars, according to research released by the Canadian Automobile Association (CAA) on the eve of a major conference looking at the future of autonomous vehicles.

Nearly two-thirds (63 per cent) of Canadians say they would not trust a vehicle to drive itself while they are in it, stating concerns such as vehicle hacking, theft of data generated by the vehicle, and accountability in the event of an accident.

Despite their doubts today, Canadians still believe there are benefits to driverless cars in the future, such as improved accessibility for people with mobility issues and fewer road safety incidents due to reduced human error.

In fact, more than half (57 per cent) of Canadians say they think this technology will advance to a point where they would fully trust a driverless car in the next 10 years.

“Canadians clearly see the potential,” said Jeff Walker, vice-president of public affairs for CAA National. “We are just not there yet. Conferences like this one will help advance the dialogue around the pros and cons of this new technology. Wherever the debate leads, CAA will be there to make sure the views of the driving public are well represented.”

The public opinion research was done in conjunction with the Conference Board of Canada’s conference, Automated Vehicles: Planning the Next Disruptive Technology, being held April 19-20, 2016, in Toronto.

The results are based on a survey of 2,090 representative Canadians, conducted between March 23 and March 30, 2016. A probability sample of the same size would yield a margin of error of ±2.2 per cent, 19 times out of 20.

CAA also advocates on issues of concern to its members, including road safety, the environment, mobility, infrastructure and consumer protection.