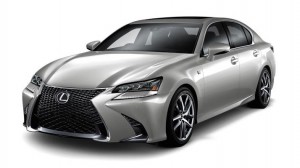 Advanced automatic safety technology that was once available on only the most expensive new vehicles is about to be included as standard equipment on almost every Lexus and Toyota model and trim level in the United States.

Toyota will begin to include the and Lexus Safety System and Toyota Safety Sense packages, anchored by automatic emergency braking (AEB), on almost every new vehicle by the end of 2017.

Making Lexus Safety System and Toyota Safety Sense standard equipment on almost every Lexus and Toyota modesl by the end of 2017 will make AEB technology widely available four years ahead of the 2022 industry target announced by the National Highway Traffic Safety Administration (NHTSA) and Insurance Institute for Highway Safety (IIHS) in mid-March 2016.

Twenty-five out of thirty Lexus and Toyota models will include Lexus Safety System or Toyota Safety Sense as standard equipment.

Model-specific target dates for offering these advanced, active safety packages as standard equipment will be announced at a later date.

Models that will not offer the systems standard by the end of 2017 include Lexus GX, Toyota Mirai, 4Runner, and 86 (jointly developed with Subaru) and Scion iA (developed by Mazda). Mirai and Scion iA currently provide pre- collision including AEB as standard equipment.