By westernadmin on March 21, 2016 in Infiniti, Motorsport, Racing 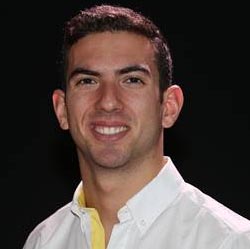 For the first time in 10 years, there is a Canadian driver in Formula One.

Nicholas Latifi of Toronto, Ontario, is the new test driver for the Renault Sport Formula One team.

The up-and-coming 20-year-old will be put through a test schedule to enable him to gain his Super Licence with the aim of participating in at least one Free Practice session during the course of the 2016 Formula One season.

Latifi will undertake his new test driver role alongside his duties as a driver for the championship-winning DAMS squad in the 2016 GP2 Series—the main feeder category into Formula One.

“I speak on behalf of everyone at Infiniti Canada in congratulating Nicholas Latifi on his new role for Renault Sport Formula One Team,” said Stephen Lester, managing director of Infiniti Canada. “We are absolutely thrilled to see a Canadian driver on the roster. Formula One quickly evolved into a cornerstone of our business strategy since Infiniti first partnered with Red Bull Racing in 2011. Having Nicholas on the Renault Sport Formula One Team for the year ahead is an exciting prospect, as Infiniti continues to grow its presence in Canada with an expanding lineup, and now a Canadian driver with boundless talent.”

“My professional racing career officially started in 2009, but I’ve dreamt of competing at the Formula One level for as long as I can remember,” said Latifi. “Needless to say, I’m extremely excited to make my Formula One debut this year, and I’m honoured to take this huge step forward in my career with Renault Sport and Infiniti. I’ve always admired the Infiniti brand, and its engineering expertise in performance hybrids is renowned around the world. Having the opportunity to experience this while also putting Canada back on the F1 grid after 10 years is incredible.”

For the 2016 season, Infiniti will be a technical partner of the new Renault Sport Formula One Team. Leveraging its expertise in performance hybrids, Infiniti will contribute engineering resources for the co-development of the Renault Energy F1 Power Unit’s Energy Recovery System (ERS), which incorporates two motor generator units, the MGU-H and MGU-K, and a battery.

Infiniti’s reputation for performance hybrid vehicles is built on the 3.5-litre hybrid engine, which is offered on its Q50 sports sedan. Infiniti’s expertise will be used by the Renault Sport Formula One Team in Viry-Châtillon as a team of Infiniti hybrid specialists move from Infiniti’s technical center in Atsugi, Japan, to France to support development of the Renault Energy power unit. At the same time, Infiniti will use the experience from the F1 ERS system to further enhance its hybrid powertrains for road cars.