By westernadmin on March 23, 2015 in Electric Vehicles, Nissan 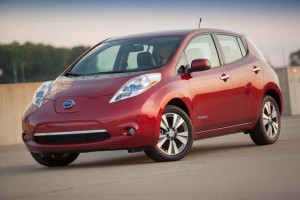 When the BC Clean Energy Vehicle Program goes into effect on April 1, 2015, Nissan’s all-electric LEAF will be eligible for the full $5,000 incentive in British Columbia.

In addition, a recently announced SCRAP-IT program offers consumers purchasing a qualifying new electric vehicle, and who scrap their model year 2000 or older vehicle, to receive a $3,250 rebate.

With the 2015 Nissan LEAF starting at $31,798 and factoring both incentives, consumers can drive emission-free in the reasonable $25,000 price range.

The BC Clean Energy Vehicle Program also commits $1.59-milion for investments in infrastructure to support public charging of green vehicles.

To date, Nissan LEAF owners worldwide have covered more than one billion all-electric kilometres, keeping an estimated 222-billion kilograms of CO2 out of the atmosphere.