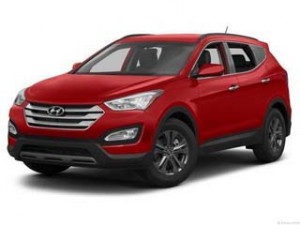 Effective January 15, 2015, Hyundai Auto Canada Corp. is reducing the suggested retail price (MSRP) of many Hyundai models by up to $1,300.

The price reductions affect a wide variety of 2015 model year Hyundai vehicles in the company’s line-up, from the Accent subcompact and Elantra compact, to the Equus full-size premium sedan and 7-passenger Santa Fe XL SUV.

Hyundai says this move has been made possible as a result of the recent implementation of the Canada-Korea Free Trade Agreement (CKFTA).

“Hyundai is pleased to pass the benefits of this significant free trade agreement on to consumers,” said Don Romano, president and CEO of Hyundai Auto Canada. “We wanted to take action quickly after the government took the first step toward removing the import duty. Hyundai vehicles have a well-known reputation for making advanced technology and premium features available to consumers at an accessible price.”

Previous to the agreement, a 6.1 per cent federal import duty was applied to the landed cost of vehicles manufactured in South Korea. The CKFTA eliminates the duty in three annual reductions, with the first being effective in January 2015. Vehicles manufactured within North America are already imported to Canada duty-free due to the existing North American Free Trade Agreement.

“This is definitive proof that the Free Trade Agreement between Canada and South Korea delivers a true benefit to consumers,” said Romano. “We believe that eliminating international trade barriers empower consumers to make more informed purchase decisions by providing a clearer picture of the merits of a product. Pricing is obviously a major factor in that decision, so, by adjusting the prices of Hyundai vehicles, our customers will see just how competitive our products actually are.”

The pricing adjustments vary by model and by trim; examples can be found below: