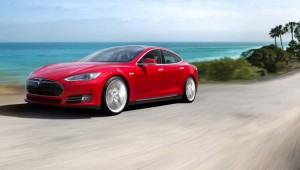 There have been several articles recently implying that Tesla, through clever machinations, maneuvered Nevada into providing an overly large incentive package for the Gigafactory. I love backhanded compliments as much as the next person, but this is untrue.

Nevada is the entertainment capital of the world, home to the most sophisticated casinos on Earth. As everyone knows, the money to build those resorts arises because the casino houses generally tend not to lose. Even were they to lose, the state of Nevada, through the taxes it collects, would still win – it is the house to the house. They really know what they are doing.

Moreover, when the incentive proposal went to the Nevada legislature, it received approval from every member of the Senate and House with no dissenting votes. This includes every Republican and Democrat representative from every part of the state. Following passage of the bill, the debt ratings agency Moody’s assessed the deal as credit positive for both the Reno area and Nevada as a whole.

The reason is that it is a no-lose proposition for the state. The deal is not merely slightly good for the people of Nevada, it is extremely good.

To understand why, one must look closely at the terms of the deal. A casual reader of stories about the Gigafactory might assume that the $1.3-billion number in the headlines means that the state wrote Tesla a huge check for that amount. In fact, Tesla has received no money from the state at all. We did receive land through a swap the state did with our developer, but, if you have been to Nevada, you will notice that there is quite a lot of extra land with nobody on it. This is not in short supply.

Of the $5-billion investment needed to bring the Gigafactory to full production in five years, state incentives will cover about 5 per cent. Compared to the operational and upgrade costs over a 20-year period, expected to be approximately $100-billion, state incentives will constitute just over one per cent. This makes sense: the $1.3-billion in incentives mostly consists of alleviating a few percent of annual property and use tax on a huge amount of equipment over the course of 20 years, an average of about $50-million per year after initial construction.

However, the 20 year mark is simply when the last of the incentives expires. The Gigafactory itself will continue contributing economically to Nevada for much longer. Our automotive plant in California has been in operation for over 60 years with no foreseeable end in sight.

It stands to reason that the beneficiaries of a project should also contribute to its creation. Given that Nevada will have the largest and most advanced battery factory in the world and a very large number of high-paying direct and indirect jobs, contributing about five per cent to the initial construction cost and a few per cent to costs thereafter seems pretty fair.

Finally, with the exception of the land conveyance, all of the incentives approved by the legislature are performance based. We must execute according to plan to receive them, meaning that, while the state and Tesla both share the upside, only Tesla suffers the downside.

At Tesla, we believe in doing deals where both parties benefit, and, when there is an asymmetry or underperformance on our part, interpreting that in the other party’s favor. This is true for big deals like the Gigafactory and for everyday transactions. For example, if you buy or lease our car and don’t like it (within a reasonable amount of time), you can automatically give it back, accounting only for usage and damage. Tesla will absorb loss of the new car premium when reselling it as a used vehicle.

Our goal in doing so is to build long-term trust. If people know that we will not take advantage of them and aspire to fairness, even at our own expense, then they are much more likely to want to work with us in the future.

The article below about our vehicle factory in California gives a sense of what we expect of the Gigafactory in Nevada.

FREMONT, Calif (MyNews4.com & KRNV) — There is a lot of anticipation over Tesla’s arrival to northern Nevada. It is still unknown how Tesla will impact or even shape our community, but there is a city in California that might offer some clues: Fremont.

It is home to where Tesla currently builds its Model S sedans. In the mid-80’s, the Fremont manufacturing plant was jointly owned by General Motors and Toyota. When it closed in 2010, thousands of jobs were lost.

Later that year, Tesla bought the plant. Now, just a few years later, Tesla is making an impact on the community. In some cases, those impacts are in ways never imagined.

At Fremont City Hall, officials are singing Tesla’s praises. They say nearly 5,000 jobs were lost and Tesla has brought back nearly all of those. They say Tesla’s been good for the community and their economy. “We are very proud to be the home of their factory,” said Fremont Mayor Bill Harrison. “We have over 4,000 people who are working, assembling state-of-the-art vehicles now really helping Fremont solidify its presence in the Silicon Valley.”

Fremont Economic Development Director Kelly Kline said for Fremont, Tesla is serving as an economic catalyst. “There’s a whole clean tech industry that is interested in co-locating with like-minded companies. That is one of our fastest growing industries, in fact, since 2007. Our clean tech companies have grown 200-percent.”

Kline said Tesla itself is also spinning off other companies that make the products that go into Tesla’s cars. “For example, there’s a contract manufacturer literally across the freeway from where Tesla sits and they can see each other. It’s called a Asteelflash and they make the motherboards that go into Tesla.”

Kline said this spin-off benefit goes beyond the Fremont city limits. “We found that our neighbors in Oakland and San Francisco, San Leandro and Union City and San Jose and others have actually seen the benefit of this as well.”

Kline also said other electric car innovators also want to be around Tesla. “The EV Industry, the electric car industry. likes to see synergy in being close to a work force that is already familiar with the skill sets.”

The need for skilled workers is making a big impact on the Fremont Unified School District. Superintendent Dr. Jim Morris says Tesla has become an important player. “Tesla’s been a great partner serving on the advisory board for our technical education program and also recruiting and hiring students who are graduates from the school district.”

Morris said Tesla has hired approximately 30 students who have gone through the district’s Engineering and Automotive Technology programs. “These young men and women have now gotten technical good paying jobs at Tesla and a great future ahead of them.”

When it comes to training skilled workers, Kelly Kline said Tesla offers a variety of jobs at a number of skill levels. “They have so many different skills that they can entertain from in just basic technician level to some very highly skilled engineers but it’s also very ripe training ground as well.”

Dr. Morris said the promise of a long term, high-paying job and Tesla’s presence in the community are igniting something new and different in students. “Having Tesla here had kind of ignited dreams in many students. Proximity helps young people to have dreams to say, ‘Hey, maybe I could go be an engineer. Maybe I could design this car of the future and we’re down the street.’ It’s really interesting because we’ve just seen an explosion of interest in our architecture and engineering pathways for kids.”

Tesla is associated with innovation and Dr. Morris said the company’s different way of thinking is spilling over into the district. “It’s good for education when you have these kinds of businesses come in to the community because it forces us to rethink why do my classrooms look the way they do? We have students sit in individual desks, in rows in a classroom. Students in the future are going to have these high-paying technical and skilled jobs that are going to require students have the ability to work in teams, to have conversations, to work together to use technology.”

At City Hall, Fremont City Manager Fred Diaz said he has seen first hand the positive impact Tesla has had on his community. He offers his insight to Tesla’s doubters about the company’s ability to create jobs. “You know as a City Manager, I think economic development is extremely important. I don’t think there’s a County Administrator or City Manager out there that would tell you any different. The rest is politics. You know if people want to be naysayers about Tesla, I think that’s just being contrary.”

As for Nevada’s local governments that will soon have Tesla as a new neighbor, Diaz said Tesla’s and the anticipated growth associated with the company will require them to step it up. “That’s not to say there won’t be any impacts. But to those professionals who are out there running respective County and City government, you know you need to get ready.”