By westernadmin on October 6, 2014 in Beaulieu 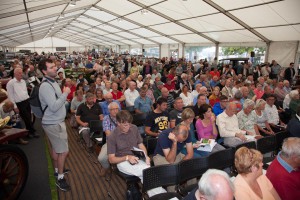 The balmy weather of an Indian summer, fields full to bursting with exhibitor stands and a record number of visitors contributed to make the 2014 International Autojumble the perfect Beaulieu.

The event retained its cosmopolitan feel, with thousands of European and overseas motoring enthusiasts joining the British contingent for the 48th International Autojumble, held in the parkland of the National Motor Museum on September 6-7, 2014.

Total visitor numbers were 39,071, the best since 1992. The Autojumble was another sell-out for stand spaces, with a waiting list of hopeful exhibitors—a very healthy sign for the future of the event. The final total number of stands was 2,431, which included 293 cars for sale on the Beaulieu Arena and in the Dealermart classic cars area.

“We are delighted with the success of this year’s show, with record visitor numbers and many exhibitors reporting their best year ever for sales,” said Judith Maddox, Beaulieu’s events manager. “The whole weekend had a vibrant energy, with the camaraderie of the Beaulieu Autojumble community never more in evidence, a good indicator that the whole autojumble movement continues to prosper.”

The little known French marque, Amilcar, was represented by a re-built aluminium bodied 1925 example at £25,500 (CDN$45,764). Its current ‘lofty’ owner recommends it to potential owners of a shorter stature! 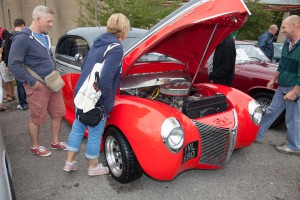 A more quirky offering was a 1976 Trabant Kübelwagen, a fascinating example of East German design, on offer at £7,500 (CDN$12,552); which came complete with original fittings, including spades and ammo boxes!

A 1923 Vauxhall OD 23-60-horsepower Kington Tourer, a former Southampton taxi which had languished in a North London garage for almost 30 years and now awaits sympathetic restoration, sold for £55,200 (CDN$98,986), almost double its estimate. An official replica of the iconic Lambretta LI 125 ‘Jimmy’ scooter that featured in the cult 1979 movie Quadrophenia went for £10,350 (CDN$18,559).

“We were delighted to be back at Beaulieu for another exceptional sale showing good strength in the market place,” said Rob Hubbard, Bonhams Motor Car specialist. “With 127 vehicles, 35 motorcycles and 174 lots of automobilia in the auction and more than 84 per cent of the lots sold on the day, a Premium total of £3.3-million (CDN$5,918,065) was reached. As always, the Beaulieu Autojumble weekend continually achieves record prices and a high level of sales.”

Trunk Traders was a Sunday highlight, popular with exhibitors and visitors alike, with amateur jumblers bringing a fresh injection of stock onto the showground. The free delivery service, taking large or heavy items bought at the Autojumble back to the car parks, was kept busy throughout the show.

When confirmed, the date of the 2015 International Autojumble will be displayed on the Beaulieu website www.beaulieuevents.co.uk. 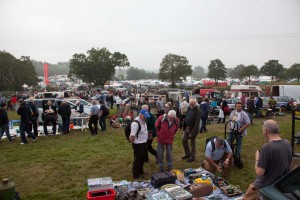 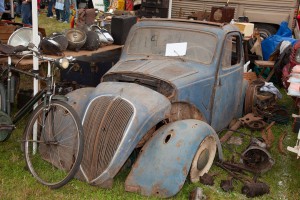