Additionally, the A3 sedan earned an “ADVANCED” rating for front crash prevention, which is the qualifier for the “+” portion of the TSP+ rating.

“The TOP SAFETY PICK+ rating for the A3 sedan demonstrates the full Audi commitment to safety,” said Mark Del Rosso, chief operating officer, Audi of America. “With a host of standard luxury features, industry-first technology and uncompromised design, the Audi A3 raises the bar as to what is expected out of entry-level luxury vehicles.” 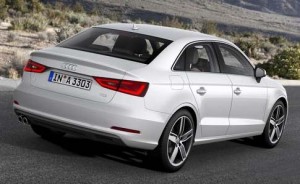 IIHS tests evaluate two aspects of safety: crashworthiness — how well a vehicle protects its occupants in a crash — and crash avoidance and mitigation — technology that can prevent a crash or lessen its severity.

To determine crashworthiness, IIHS rates vehicles good, acceptable, marginal or poor, based on performance in five tests: moderate overlap front, small overlap front, side, roof strength and head restraints. In the area of crash avoidance and mitigation, IIHS assigns vehicles with available front crash prevention systems ratings of basic, advanced or superior, based on the type of system and performance in track tests.

The all-new Audi A3 sedan starts at a base MSRP of $29,105. It will be joined later in the fall of 2014 by the Audi A3 Cabriolet, A3 TDI clean diesel sedan, the high-performance S3 sedan and in early 2015, the A3 Sportback e-tron® gasoline electric plug-in hybrid (PHEV). 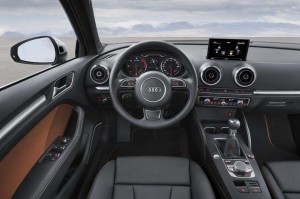 The Audi A3 offers several advanced technology features that are new to the entry luxury segment, including: standard Audi pre sense® basic system, which helps detect when an emergency maneuver is being made and prepares the vehicle and its occupant restraint systems in advance of a possible collision; and an optional advanced technology package, which includes Audi active lane assist, Audi pre sense front and adaptive cruise control with stop and go.

The A3 is the only model in the Audi lineup to offer the 1.8 TFSI® engine in Canada. With 170-hp and 199 lb-ft of torque, the new 4-cylinder engine delivers impressive performance and fuel economy. Using the Audi valvelift system, the engine offers low fuel consumption and C0₂ emissions. Coupled with turbocharging technology, an area of Audi expertise, the 1.8 TFSI® is an incredibly capable engine.