By westernadmin on March 5, 2014 in General News, Toyota 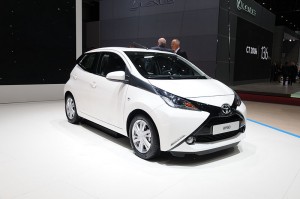 Brand Finance Auto 100, has released its 2013 annual study conducted by leading brand valuation consultancy Brand Finance As the world’s biggest auto brands showcase their latest creations at the 2014 Geneva Motor Show, we put to them to the test to determine which are the most powerful and most valuable.

Toyota has solidified its status as the world’s most valuable auto brand. Impressive growth of 34 per cent means Toyota’s brand is now worth US$34.9-billion ahead of BMW (US$29bn) and Volkswagen (US$27bn).

Looking ahead, Toyota must negotiate the potential pothole of a 1.9-million unit recall of its Hybrid Prius model and the resulting loss of consumer confidence. Toyota has faced similar challenges in recent years. While brand value took a hit in the short term, it also rebounded quickly, suggesting that Toyota’s brand is powerful and resilient enough to see it through the latest issue.

Those already causing a stir in Geneva include Audi, which has just revealed its new TT. Its brand value is up 30 per cent to US$7-billion.

Jeep’s latest crossover model, whose name is yet to be confirmed, was leaked online recently. Its brand value is up to more than US$2.5-billion.

Brands valued for the first time include Maserati (US$693m), which presented its Alfieri coupe concept, Lamborghini (US$677m) which unveiled the Huracan, which will replace the outgoing Gallardo and Tesla (US$1.2bn) whose share price is soaring as it forges a reputation as perhaps the only credible electric car brand.

Ferrari is again the world’s most powerful auto brand, in fact the most powerful brand from any industry. It scores highly on a wide variety of measures on Brand Finance’s Brand Strength Index, from desirability, loyalty and consumer sentiment to visual identity, online presence and employee satisfaction. The exceptional AAA+ brand rating has been preserved thanks to the strategic decision to cap production at 7,000, maintaining the brand’s exclusivity. As a result, despite a 4 per cent fall in production last year, brand value rose 12 per cent to US$4-billion.

Ferrari’s latest branding coup is its involvement in the launch of the ‘CarPlay’ system, which integrates a user’s iPhone into an onboard display. This collaboration between Apple, the world’s most valuable brand (worth US$105bn) and Ferrari, the world’s most powerful, could be the start of the ultimate brand partnership.

Unsurprisingly, German, Japanese and American owned brands dominate the table, accounting for 74 per cent of the total US$388-billion brand value.

France and Italy’s share of brand ownership is increasingly threatened by rising Asian manufacturers based in India, South Korean and China.

Notable by its absence is the UK. The UK may be a leader in automotive technology, the base for eight Formula1 teams and the original home of brands now worth US$13.6-billion, but none of the world’s 100 auto brands are now British owned.

Though foreign ownership may be a blow to national pride, much of the manufacturing, marketing and branding infrastructure has remained in the UK. Many auto brands of British origin are thriving.

Land Rover (whose brand value is up 43 per cent to US$4.3bn) Jaguar (up 58 per cent) Mini (up 42 per cent) and Bentley (up 27 per cent) are finding huge success as aspirational brands in emerging markets and the US. Their success has boosted British industry, with production rising over 3 per cent in 2013 and thousands of new jobs being created.

Overall, the auto industry performed strongly last year, thanks to a combination of global economic recovery and increased demand in both the United States and Asia.

The brand value of the top 50 brands rose by $55-billion to $346-billion, and the gross margins of the five biggest manufacturers are the highest they have been for 10 years.

The fortunes of the tyre industry are closely tied to those of the auto sector. Though lacking the glamour of Pirelli (brand value US$1.8-billion) with its headline sponsorships and sexy calendars, or the gravitas of Michelin (US$4.7-billion) with its respected guides, Bridgestone continues to be the world’s most valuable tire brand. It has extended its lead with brand value growth of more than one-billion dollars, reaching a total of US$5.6-billion and has had its brand rating upgraded to AA+, on a par with Michelin and ahead of Continental (AA) and Goodyear (AA-).