By westernadmin on January 6, 2014 in McLaren 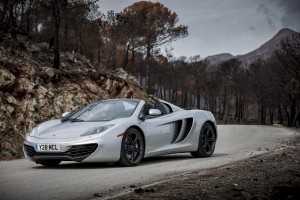 McLaren has pioneered the use of carbon fibre in vehicle production over the past 30 years, and since introducing a carbon chassis into racing and road cars with the 1981 McLaren MP4/1 and 1993 McLaren F1 respectively, McLaren has not built a car without a carbon fibre chassis.

McLaren North America has announced the continued expansion of its retailer network, with the appointment of five new authorized retailers.

The four locations in the U.S. and one in Canada will take the network to 15 retailers representing the North American market

The sites for the latest McLaren retailers will be located in Atlanta (Georgia); Long Island (New York); Scottsdale (Arizona); and the capital of the US, Washington D.C.

The brand’s second Canadian retailer will be located in Vancouver (British Columbia).

This latest announcement follows the recent opening of the 50th McLaren retailer, as the company continues to celebrate its 50th anniversary. This saw the McLaren name return to its roots in New Zealand, as McLaren Auckland opened its doors.

“McLaren Automotive is continuing to expand around the globe including the North American market,” said Tony Joseph, director McLaren North America. “With three models successfully launched in as many years, and further exciting models in the pipeline, demand for McLaren continues to be strong, and this is why we are adding five further retailers in key areas across the region. We are looking forward to an exciting 2014.”