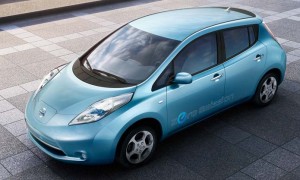 “We’re relieved that the BC government has decided to renew these critical clean transportation incentives,” said Jean-Michel Toriel, president of Big Green Island Transportation. “Watching those incentives expire was like watching a slow-motion auto wreck. They’ve pulled it out of the ditch at the last minute, but for how long, we don’t know.”

BC Environment Minister, Terry Lake, made the renewal announcement at the Vancouver International Auto Show. The program offers up to $5,000 in rebates on the purchase of electric vehicles and $500 towards the installation of chargers. Industry observers say the incentives are critical for early adoption of new clean transportation.

“With our clean, hydro-powered electric grid, there is no place better-suited for electric vehicles than BC,” said Toriel. “We need a government who will show consistent leadership and a long term commitment to supporting the electric vehicle industry, not just ahead of the provincial election, but well into the future.”

To date, the NDP has not offered its plans for supporting the BC electric vehicle industry.

Despite clean, cheap electricity, British Columbia has been a laggard in the adoption of electric vehicles – with numbers approaching 450, compared to nearly 1,500 in Quebec and more than 2 million on the road in the US.

Big Green Island Transportation specializes in electric vehicle charger installation, and was the first company to install a charger for the Nissan Leaf in Vancouver under the residential incentive program. They have since serviced dozens of residential and commercial chargers for businesses, homeowners, community organizations and municipalities in the Lower Mainland, Cortes and Vancouver Island.