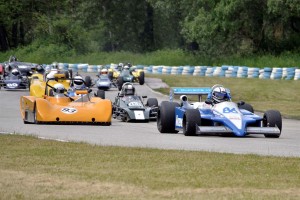 This year will be the twenty fifth running of the British Columbia Historic Motor Races. To mark this significant milestone, the race organizers have expanded the weekend program to provide a very exciting and interesting motor sport festival for both participants and fans. Two races have been added to the VRCBC’s usual program and the static Vehicle Display -formerly known as the Car Corral – has been enhanced as well.

The traditional Vintage racing program has been restructured to provide more races by allowing newer but still Vintage cars in the four racing groups:

The Vintage racers will contend for two special ‘Driver of the Weekend’ trophies:

Check out the Event Web Site at: www.bchmr.ca .

The 2012 BCHMR will be a real festival of road racing. Mark August 4th and 5th on your calendar now!