By westernadmin on February 15, 2012 in General 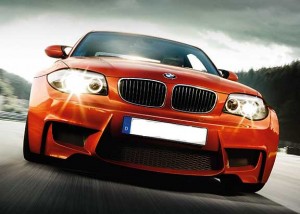 Canadian Black Book, this country’s go-to provider of present and future vehicle values distributed in various formats to dealers, insurance companies and financial institutions and also to consumers on its web site www.canadianblackbook.com, selects vehicles in 17 different categories annually that retain the highest percentage of their original MSRP over the past four years.

“While most other industry accolades tend to generate headlines by focussing on the here-and-now of new vehicle models, our annual retained value awards provide consumers with excellent insight as to where they will most likely receive the best value for their money, over time,” says Kathy Ward, CEO of Canadian Black Book.

CBB advocates that consumers contemplate what a vehicle is going to be worth in the future before making any new or used vehicle purchase decision.

“When deciding on a new car or truck, consumers often search for a model offering the best loan rate or the richest incentives that lower the sticker price,” Ward adds.  “But not taking vehicle depreciation into consideration, the single greatest cost of vehicle ownership, can lead to a costly surprise at trade-in time.”

Of special note, in three categories, Toyota, Honda and Dodge each have claimed the winner’s podium for three years straight while the Subaru Outback has either won or tied for first in the Mid-sized Car category for three years running.

Dodge was also a first-time category winner in Sports Car with the new Dodge Challenger first reappearing in 2008.  Jeep Wrangler was a repeat winner in Compact SUV.

First, second and third-place winners in all 17 Retained Value Award categories can be found at www.canadianblackbook.com.