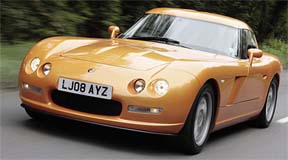 Bristol Cars, which went into administration in early March this year, has a new owner. Its assets and goodwill have been purchased, and it will be part of a hi-tech, Surrey-based company bearing another name from Britain’s motoring history: Frazer-Nash.

The names Bristol and Frazer Nash (no hyphen) were closely associated in the immediate post-War period, with the Bristol’s BMW-based straight-six deployed in both company’s cars. Indeed, an even closer co-operation was considered–and swiftly abandoned–by both parties.

Frazer Nash, trading as AFN Limited, was to become the British agency for BMW (until 1959) and then Porsche–a highly profitable association that lasted until Porsche bought AFN’s Aldington family’s remaining shares in 1988.

The now fully hyphenated Frazer-Nash group’s director of operations, William Chia, commented on the purchase, saying: “Bristol Cars is a British institution and an important part of our national motoring heritage. Over the next few months we will start to reveal the details of our plans to combine Bristol Cars’ tradition and iconic marque with Frazer-Nash’s pioneering technology to showcase our cutting-edge electric and range-extended powertrains.

“British engineers are globally recognized for their inventions and the quality of their innovation–amd these attributes are inherent in all our systems and products. Mindful of Bristol Cars’ rich heritage and our responsibility as custodians of the brand, we are certain that our technology will blend seamlessly and successfully with the Bristol Cars tradition of engineering integrity. Owners and enthusiasts of the cars should be assured that, even though these are early days in our tenure of the brand, we are committed to providing them and their cars with the highest levels of quality, technology and service.”

In 2009, Frazer-Nash produced the Giugiaro-styled Namir, claimed to be the fastest range-extended electric car in the world with a top speed of more than 300 kilometres per hour and acceleration from zero to 100km/h in 3.5 seconds.

The fate of the factory in the city of Bristol and the company’s famous Kensington showroom is not known.