By westernadmin on March 2, 2020 in Vancouver International Auto Show 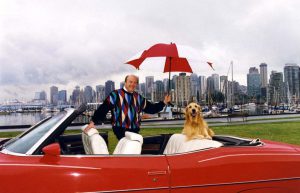 The history of the automobile in British Columbia provides a road map for the development of communities throughout the province; from north to south and east to west the industry has touched every corner.

Just as the arrival of train travel allowed cities to grow, the personal automobile has helped British Columbia to become far more than a port gateway and the love affair with the automobile can be seen throughout this amazing province, with long-standing dealer retail outlets selling a variety of brands for more than 100 years.

From humble beginnings at the Vancouver Exhibition Grounds (now called the Pacific National Exhibition), and with stops at the Seaforth Armoury and BC Place, the Vancouver International Auto Show (VIAS) has found a perfect home at one of the best convention centres in North America—the Vancouver Convention Centre West. In celebration of the show’s 100 years all different shapes and sizes of automobiles will be on display. 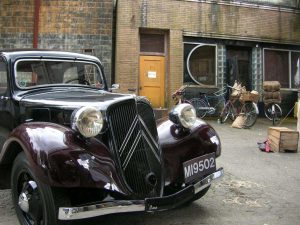 The 2020 100th Anniversary Vancouver Auto Show will kick off with a procession through the city and will feature vehicles from each decade of the show—such as a rare 1929 Willys Whippet Roadster, a 1939 Citroen Avant—featuring the first monocoque (unibody) construction automobile, a 1954 Buick Special—this vehicle features introduction of the “nailhead” engine, a 1972 Oldsmobile 442 W30 Convertible—one of only 113 produced and an example of the USA space program influence on North American automobile manufacturing with its’ “Rocket” labeled engine.

In addition to vehicles of yesteryear, the VIAS will also debut concepts and many never-before-seen vehicles. 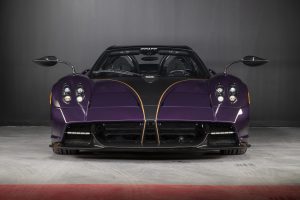 With a twin-turbocharged V12 engine, a world-first Carbotanium Chassis and a total power output of 764 HP at 5500 rpm – the Pagani Huayra Roadster is named after a South American wind god and needs no introduction. See it at the 2020 Vancouver Auto Show.never-before-seen vehicles.

Grand Marshal and Honorary Chair of the 2020 Vancouver International Auto Show will be Jimmy Pattison, one of the most impactful contributors to the auto sector in Canada, will be part of the opening procession, which will depart Crab Park at 11am on Wednesday March 25, traversing on Powell Street, head along Water Street, up Cambie, along Pender to Burrard and arrive at the Vancouver Convention Centre by 11:30am.

Can’t make the procession? Don’t worry, all the vehicles will be on display for the whole show (March 25-29) out on the Pacific Terrace by the Ocra.