By westernadmin on June 28, 2019 in Acura, Motorsport, Racing 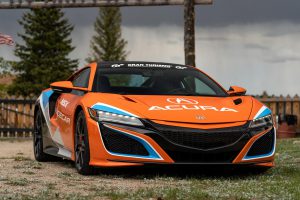 A 2019 Acura NSX will serve as the official Pace Car during this year’s running of The Broadmoor Pikes Peak International Hill Climb event on June 30.

The second generation NSX first served as the Pace Car in 2015, and has competed in the race each year since.

Piloting the NSX Pace Car to the summit is David Donner, a six-time event champion and current holder of the Time Attack 2 Production Class record.