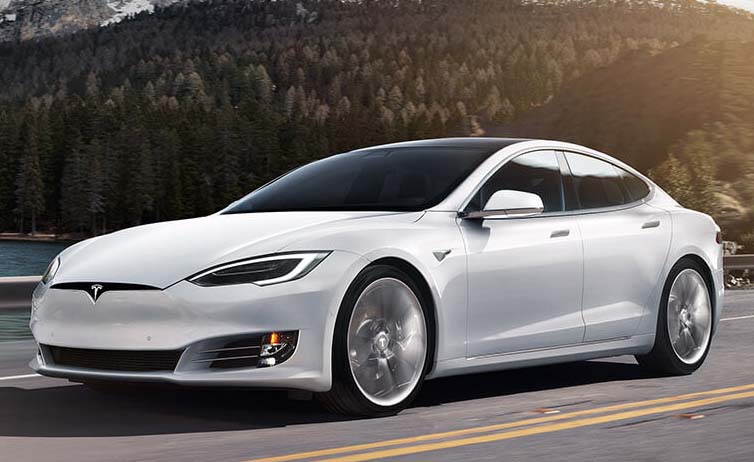 Tesla Model S: Almost one Canadian in five say their dream car is a Tesla.

A study by Angus Reid Global has revealed that Canadian cars are sitting idle 96 per cent of the time.

The study was conducted in partnership with Turo, a peer-to-peer car sharing marketplace.

The study conducted in Feburary 2019 and fielded among a representative sample of 2,017 Canadians found that on average, Canadian car owners are behind the wheel for just 380 hours per year. For the remaining 8,380 hours, cars are sitting idle.

Car Owning Culture
Canada is very much a car-owning culture: the study found that 84 per cent of Canadians have a car, with an additional nine per cent of Canadians who don’t have a car but would like to have one. The proportion of car owners is lowest among people aged 18-34 (68 per cent); however, they are also the age group that is most interested in owning a car in the future (22 per cent).

While most Canadian car owners have only one car, multi-car ownership is a reality in Canada with 37 per cent of car owners having two or plus cars for personal use.

Car Ownership Costs
The study found that the average market value of cars in circulation in Canada is $27,236 at the time of purchase, with Canadians spending thousands of dollars every year on car payments ($5,149 per year on average for those who lease or finance), insurance ($1,499 per year) and upkeep ($821 per year).

Significant differences were found in the cost of car ownership by province: for example, Quebec car owners pay on average 47 per cent less for insurance than Ontario car owners ($74/month in Quebec vs. $140/month in Ontario). In general, 45 per cent of Canadian car owners think the cost of owning a car is too high, while British Columbia residents are more likely than the rest of the country to say this (51 per cent).

Cars Are Sitting Idle
While most Canadians own cars and spend thousands of dollars every year on them, it turns out that Canadians don’t use their cars very much. The average Canadian car owners only spends about seven hours per week (7.3) behind the wheel, meaning that the car sits idle 96 per cent of the time.

One Canadian car owner in five (21 per cent) drives two hours or less in an average week and almost two-thirds (63 per cent) of Canadians don’t drive their car every day. 41 per cent of those who have a second car say that it never or almost never gets used.

Can’t Live Without It
Despite Canadians using their cars a small portion of the time, they still rely heavily on them for their day-to-day.

Three-quarters (78 per cent) of Canadians think that it would be impossible for them to not have a car, and half of Canadians (49 per cent) say they would have to change jobs if they didn’t have a car. These proportions jump to respectively 89 per cent and 58 per cent in rural areas, highlighting the relative lack of alternative transportation options (car sharing, ride-hailing, public transportation) in rural Canada.

What is the Future for Car Ownership?
At a time when individual car ownership is challenged by the rise of mobility services and the progress in the field of autonomous vehicles, the study paints an ambivalent future for car ownership in Canada.

Many Canadians (41 per cent) wish they had better options so they wouldn’t need a car, and 39 per cent of respondents indicated that, at some point in their lives, they would prefer to not own a car.

A large proportion of Canadians (43 per cent) also expressed concerns over their car’s impact on the environment, with a significantly higher proportion of environmental concern among 18-34 year olds and in Quebec.

However, only 11 per cent of Canadian car owners have plans to get rid of their car within the next 10 years.