By westernadmin on April 13, 2019 in Volkswagen 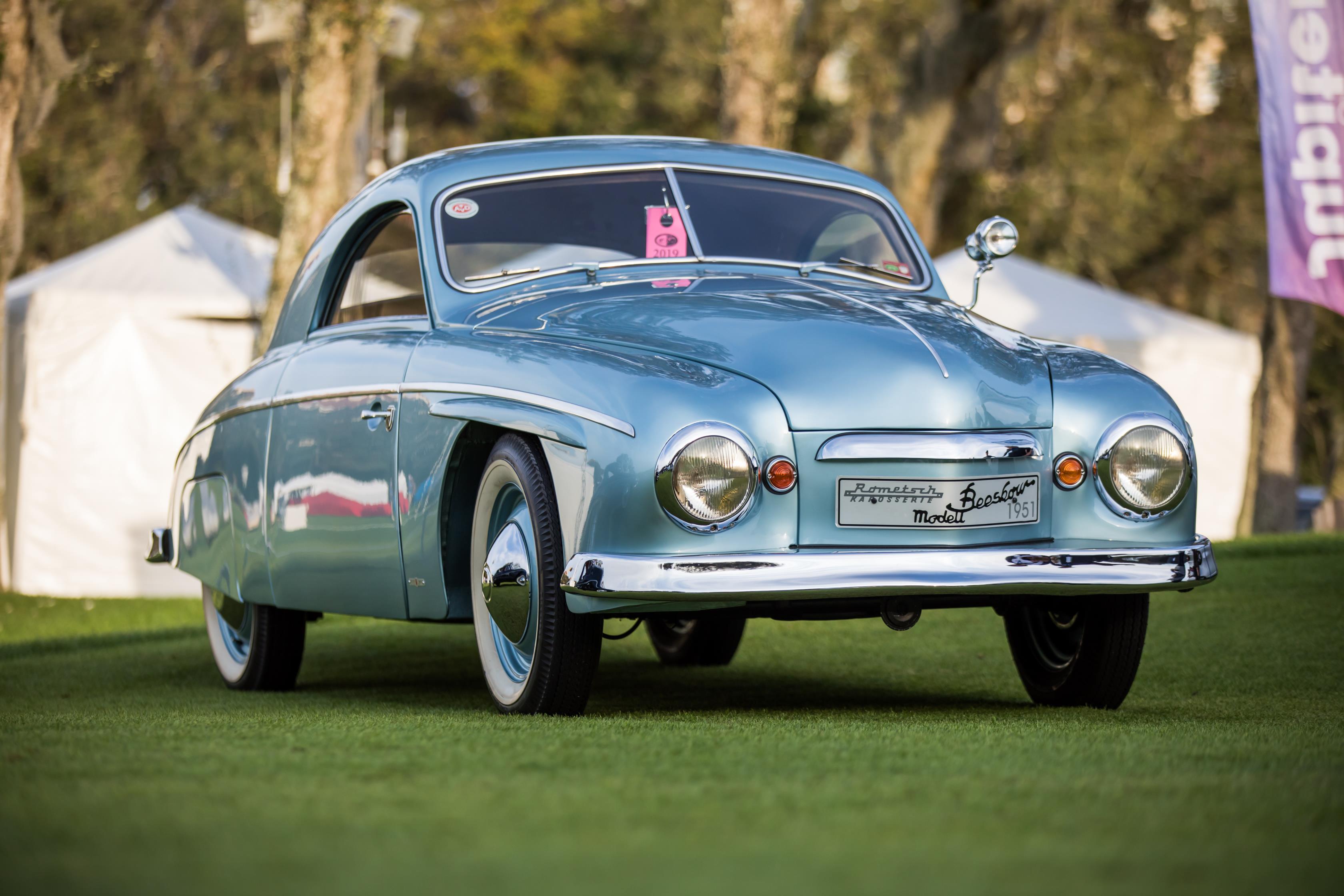 1951 Rometsch Beeskow winner of the Volkswagen of America Trophy for the Most Elegant Coachwork on a Volkswagen at Amelia Island Concours d’Elegance.

Most car enthusiasts know about the humble Beetle, the Golf, and the Microbus, but a class of 12 vehicles at the 2019 Amelia Island Concours d’Elegance showed how the VW platform inspired coachbuilders around Europe to produce their own versions of the Volkswagen.

Winner of the Volkswagen of America Trophy for the Most Elegant Coachwork on a Volkswagen was a 1951 Rometsch Beeskow Coupe from Oldendorf, Germany.

Rometsch was a Berlin-based coachbuilder founded in 1924. Their first VW-based project was a stretched wheelbase four-door taxi in 1950. The project was spearheaded by Johannes Beeskow, whose name was applied to a special-bodied aluminum sports car displayed at Geneva in 1951.

Beeskow was lured away by Karmann in the mid 1950s and Rometsch hired furniture designer Bert Lawrence to produce a modern sports car body.

The company continued until 1961, when the Berlin Wall was built, effectively separating the company from half of its 90 employees.

San Diego’s roadworthy summer trips
Study finds Canadians spend thousands of dollars a year on their cars, drive them only four per cent of the time