By westernadmin on March 27, 2019 in Motorcycles

Women in more than 120 countries will take to their motorcycles to “Just Ride!” in the globally synchronized International Fem 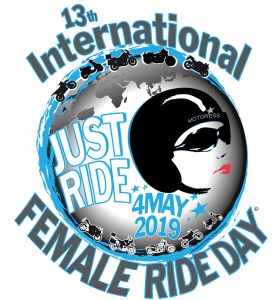 The world’s roads, tracks and trails will prominently be female for the single and longest-running women’s motorcycle “Just Ride!” synchronized day action.

IFRD is one day which celebrates women motorcyclists, while promoting and highlighting the activities of women in motorcycling and cultural equivalence.

The movement has been the global keystone for driving the increases in the numbers of women who own and ride motorcycles. Women individually, in groups and clubs unite to celebrate women who ride and participate in motorcycling. As the unsurpassed celebration of female motorcycling power and demonstrating strength in numbers, a founding action, the collaborations of women across all borders and cultures continues to be a key element of its power and growth.

The IFRD “Just Ride!” call to action evolved from the fight to make normal and known the diverse numbers of women riding motorcycles. Similarly, the day sets to inspire women who have not yet explored motorcycling to learn to ride and get their motorcycle license. 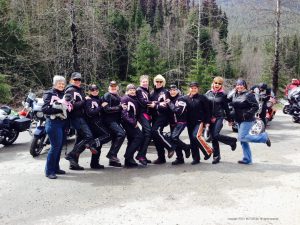 IFRD ensures women are well represented across all disciplines of the activity of motorcycling and throughout the Powersports industry.

Take the day to support women motorcycle riders in your region. There are myriad of ways to celebrate the day in which you can help spread awareness.