MINI fans flock to Montreal to celebrate the iconic brand and its 15th anniversary in Canada. Photo courtesy MINI Canada.

MINI is a brand renowned for never needing a reason to throw a party and celebrate. However, an anniversary for 15 years of doing business in Canada was an appropriate time to bring the passionate MINI fan base together on October 14, 2017 in Montreal.

The event marks the fourth iteration of MINI Invasion, an occasion where customer and fans gather together to celebrate all things MINI—the cars, the brand and everything it stands for. The inaugural event took place in 2010 in Toronto. Since then, MINI fans have also “Stormed the Fort” in Niagara-on-the-Lake in 2014 and “Headed for the Hill” in Ottawa in 2015.

The 2017 event kicked off at various rally points across Ontario and Quebec, though some vehicles came from as far as Boston, Cleveland, Prince Edward Island and Nova Scotia. In total, 324 MINIs and 593 people participated in the weekend’s festivities. 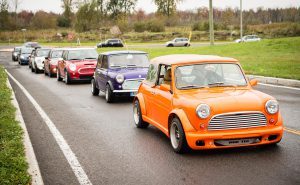 MINI fans then rallied to Quebec’s Circuit ICAR for a parade lap on the track and a show-and-shine with the rest of their MINI family.

Attendees could see what a MINI is truly capable of by taking a drive around the track with Alain Lauziere of the Canadian Touring Car Championship. 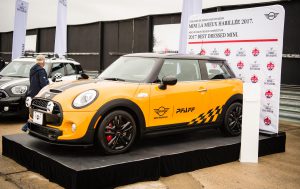 The day concluded with an exclusive party in the heart of Montreal, featuring great food, live entertainment, a caricaturist and various prizes, MINI fans from six to sixty celebrated well into the evening.

“This was an amazing celebration,” said Andrew Scott, director, MINI Canada. “MINI Invasion confirmed what I’ve known all along: That MINI has some of the most passionate and dedicated fans in the industry. We consider ourselves extremely lucky to have such a strong community and were absolutely thrilled to celebrate this incredible brand with them.”