By westernadmin on May 8, 2017 in All British Field Meet, Best Brit Sports Car 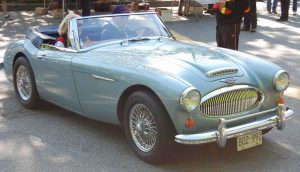 Fast and powerful, the Austin-Healey 3000 joined familiar aspects of the classic English roadster with the oomph of a six-cylinder, three-liter engine. Photo: Mark Faviell.

The votes have been tallied on this year’s Vancouver All British Classic Car Show’s campaign to determine the most popular British sports car and the winner by only nine (9) votes is the beautiful Austin-Healey 3000. 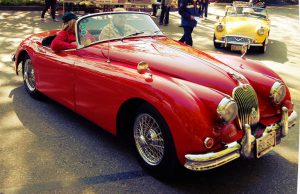 Initially built for export only, the Jaguar XK150 was produced as a styling stopgap between the XK140 and the revolutionary E-Type that followed. It bore a family resemblance to the XK120 and XK140, but was radically upgraded. Photo: Mark Faviell.

Second was Jaguar’s XK150 model and third, with 30 votes short of the Austin-Healey, was the very nimble Sunbeam Tiger.

A total of 835 votes were cast over the month-long, online campaign in which entrants voted for their Top 5 sports cars from a pre-selected listed of 12 British sports cars: 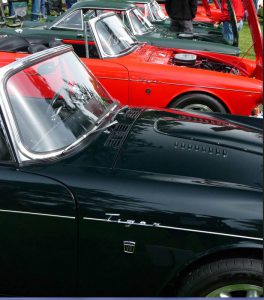 The official draw from all entries was made on April 30 for a sponsors’ prize package valued at $500.

The winner of the draw is Triumph owner Trish McAuley.

The winner receives an Autoglym Detailing kit, 4 ABFM VIP Passes for 8 people to attend the Saturday May 20 British Classic Car Show at VanDusen Garden and a $125 Gift Certificate for use at Wilkinson’s Automobilia. 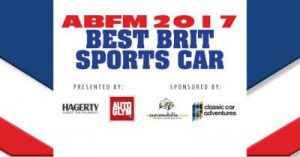