By westernadmin on December 16, 2016 in Auctions, Gooding & Company

Gooding & Company, the auction house acclaimed for selling the world’s most significant and valuable collector cars, will once again offer exceptional sports cars from Ferrari, Aston Martin, Mercedes-Benz and Shelby, to name a few, at its 10th annual two-day Scottsdale Auctions on January 20 and 21, 2017.

“Every one of these iconic sports cars delivers a remarkable and exciting driving experience,” said David Gooding, president of Gooding & Company. “From the incredible designs to the distinct exhaust notes, there is an aura of something special when you get behind the wheel of each car.” 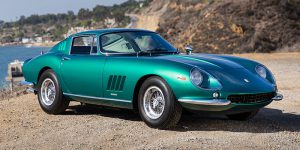 1967 Ferrari 275 GTB/4 (Estimate: $3,000,000-$3,400,000)
From the perfectly sculpted coachwork designed by Pininfarina to the race-bred performance of its magnificent four-cam, six-carb, 12-cylinder engine, the Ferrari 275 GTB/4 is a model that perfectly encapsulates the Ferrari mystique. This is a special example of the four-cam 275 GTB, chassis 10563 and is finished in its original Pine Green (or Verde Pino) livery with striking orange (Arancia) upholstery. It was sold new through Bill Harrah’s Ferrari dealership, Modern Classic Motors, and has always resided in the US. Since the 1970s, this car has been owned by prominent collectors, including Dr. Ronald Finger and Sherman M. Wolf. 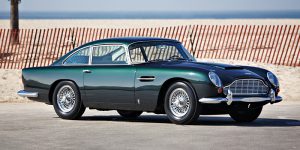 1964 Aston Martin DB5 (Estimate: $1,000,000-$1,200,000)
The DB5 is the most revered Aston Martin model, made famous for its elegant styling, world-class performance, and starring role in the James Bond film Goldfinger. Fewer than 900 DB5 Coupes were built, and this car is one of just 220 originally supplied as left-hand-drive cars for the export market. Finished in a handsome Dark Green over black color scheme, chassis DB5/1612/L is a wonderful example that has been owned by one Southern California collector for the past three decades. Featuring its original engine and equipped from new with air-conditioning and a limited-slip differential, this is a sensational and highly collectible English GT. It is a true automotive icon that offers an ideal entry into many of the best concours, tours, and wide variety of events held by the Aston Martin Owners Club. 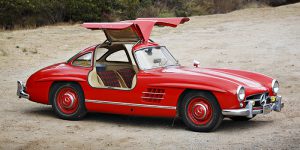 1955 Mercedes-Benz 300 SL Gullwing (Estimate: $900,000-$1,100,000)
This incredible 300 SL Gullwing is the quintessential garage find. Stored by its original owner in his aircraft hangar since 1976, this Gullwing features its original engine, plaid interior, and many unique accessories and details. Remaining in remarkably sound condition, and showing just over 31,000 miles from new, this legendary sports car presents a fantastic opportunity for a sympathetic preservation or restoration. Gooding & Company is honored to have been selected by the original owner’s family to offer this amazing motorcar. There are very few one-owner 300 SL Gullwings in existence and even fewer chances to purchase one. 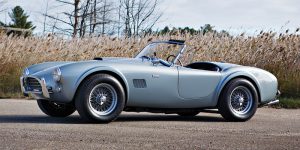 1964 Shelby 289 Cobra (Estimate: $900,000-$1,100,000)
One of the most iconic sports cars of the 1960s, the Shelby Cobra was envisioned by famed racing driver Carroll Shelby and developed by his team of talented engineers. The Shelby team successfully combined the best qualities of European competition machinery and California hot rods, which resulted in this distinctive Anglo-American sports car. This 289 Cobra, CSX2411, is a late-model example with the coveted rack-and-pinion steering, and it has been beautifully restored by marque specialist Rare Drive Inc. Following the restoration, CSX2411 was displayed at the 2007 Amelia Island Concours d’Elegance and successfully completed four Cobra Tours. Presented today in the stunning original color combination of Princess Blue over black upholstery, this classic offers a great opportunity to own an exceptional Shelby Cobra. 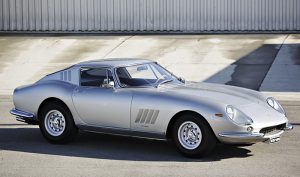 1966 Ferrari 275 GTB Long Nose Alloy (Estimate: $2,900,000-$3,200,000)
Designed by Pininfarina with coachwork by Scaglietti, the Ferrari 275 GTB Long Nose Alloy is the ultimate road-going 275 GTB Ferrari. Scaglietti built just 205 examples with the desirable long nose body style, of which only 80 were the lightweight aluminum variants. The alloy-bodied 275 GTB presented here, chassis 08117, was completed in late 1965 and finished in the elegant color scheme of Grigio Argento Metallizzato (silver) over a black leather interior.  The car was restored by Italian specialists Brandoli, Sauro and Luppi, who upgraded the engine from its original three-carburetor setup to the more desirable six-carburetor arrangement for enhanced performance. Offered for sale in the US for the first time in over 15 years, this superb 1960s berlinetta has been Ferrari Classiche certified and presents a great opportunity for the discerning collector. 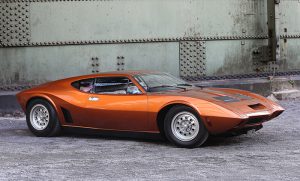 1969 American Motors AMX/3 (Estimate: $900,000-$1,300,000)
In 1968, American Motors sought to focus on more performance-based products that could better compete with foreign competition and infuse excitement in the brand. Richard “Dick” Teague, the head of design at AMC, was tasked with designing a mid-engine sports car, which resulted in the AMX/3 program. The program collaborated with other firms, which included BMW, ItalDesign and Bizzarrini to assist with the engineering and design elements of the AMX/3. This example is known as the Monza car, due to the aerodynamic development that Bizzarrini put it through at the racetrack in 1970, testing that resulted in a top speed of 170 mph. After an extensive concours-quality restoration, this AMX/3 won First in Class at the 2016 Pebble Beach Concours d’Elegance®, in the featured Bizzarrini class. This is a rare opportunity to own a piece of American automotive history.