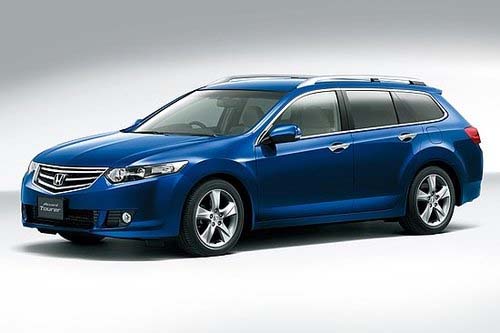 Acura has announced a number of updates to its TSX sports sedan for the 2011 model year. Topping the list, is a freshened exterior along with a wide array of new features and technology.

Cabin serenity is achieved through the addition of a new acoustic glass front windshield, thicker side glass, increased use of sound-deadening insulation, improved floor mats and new underfloor covers.

New automatic transmission programming helps maximize the engine output by allowing for Shift Hold Control during cornering along with “smart shift” functionality that allows for semi-manual operation when in Drive, not just when in Sport Mode. In addition, the Sequential SportShift five-speed automatic transmission now features a fluid warmer to improve shift quality, transmission durability and engine fuel economy during winter driving.

The 2011 Acura TSX will be available at Acura dealerships this winter. Canadian pricing has not yet been announced.

View all posts by westernadmin →
Rally Triple Crown with the Canadian Title!
Joerg Bergmeister in the 2011 Carrera GTS