By westernadmin on February 5, 2014 in Subaru 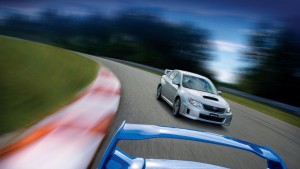 As a long-time participant and supporter of the Targa Newfoundland international rally, Subaru Canada is offering a new, broad-ranging incentive and support program for Subaru competitors, their immediate families and for Targa event staff.

Subaru Canada’s support program is three-fold: It includes a $750 rebate on the purchase or lease of a new Subaru for eligible participants, immediate family members or Targa Newfoundland event staff, as well as a $500 Entrant award for participants using any model of Subaru and competing in any of the four categories (Open, Modern, Classic, Grand Touring).

In addition, Subaru Canada will offer a $2,000 cash performance award for Subaru entrants placing first in any of the four categories, a $1,500 award for second place and a $1,000 award for placing third.

In this first-time move, Subaru Canada has initiated an incentive offer with its rebate program that also includes the competitors’ families and the event’s volunteer staff.

“We are extremely pleased that Targa Newfoundland, its competitors and volunteers have been recognized by Subaru Canada,” said organizer Robert Giannou. “We are especially appreciative of the way the new Subaru Targa support program includes our event staff as they work so hard to make the event happen each year.”

Subaru Canada has supported the Targa Newfoundland international rally since its inception in 2002. The upcoming event takes place from September 14-19, 2014.