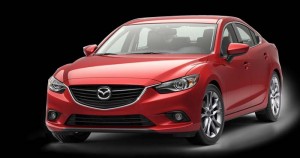 Every year the top automotive journalists from all across Canada gather for a four-day new vehicle evaluation of more than 180 models.

Their purpose? To select the best new vehicles in various categories, as well as an overall Car of the Year and Utility Vehicle of the Year.

The evaluation of the vehicles is based on “real-world” back-to-back testing so that the results have relevance for consumers.

In other words, the rigorous testing program includes “real world” driving on public roads—exactly where consumers drive—so that the test and vote results are relevant to potential car and truck buyers.

Every member of a test team compares each vehicle in its class, back-to-back, on the same roads, under the same conditions to ensure objective evaluation.

Every detail, from safety features to cargo capacity, is thoroughly scrutinized, discussed, and individually rated by secret ballot.

Those ballots are then tabulated by the international accounting firm KPMG. The results are kept confidential—even from AJAC—until the category and overall winners are announced.

These dozen winners now will vie to become 2014 Car of the Year or 2014 Utility Vehicle of the Year. Winners will be announced at Toronto’s Canadian International Auto Show in February 2014.