By westernadmin on January 9, 2012 in Volkswagen 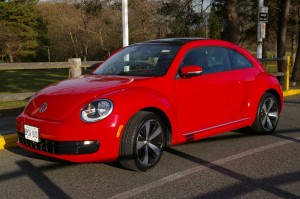 When the first Beetle rolled off the production line in 1938, it was called simply the Volkswagen — “the people’s car” — but its distinctive shape inspired nicknames across the globe: Beetle, Käfer, Vocho, Coccinelle, Fusca, Maggiolino.

More than 60 years later, in 1998, a New Beetle, complete with dashboard flower power, rekindled the spirit and imagination of the original to a new generation of Volkswagen owners.

Last spring, a third-generation redesigned Beetle opened a new chapter in the car’s remarkable story when it celebrated its transcontinental world debut simultaneously in Shanghai, Berlin and New York.

The task for third-generation Volkswagen engineers was to develop a modern interpretation of the Beetle, with all the benefits of today’s technologies and efficiencies and the driving characteristics that define the Volkswagen brand.

The design of the new Beetle presented another challenge. How does one reinvent a look that is so recognizable and unique? 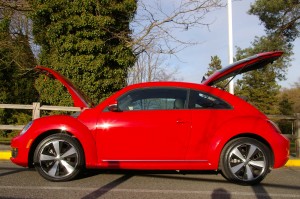 The designers wanted to develop the new car around the 1930s Beetle profile, rather than the 1998 New Beetle—a car that respected the past while looking towards the future.

Placing the original Beetle and the 21st Century Beetle next to one another, it’s clear that the lines of the rear sections are nearly identical, but the overall look is more dynamic.

“The Beetle is now characterized by a clean, self-confident and dominant sportiness,” said Klaus Bischoff. “The car not only has a lower profile, it is also substantially wider, the front hood is longer, the front windshield is shifted further back and has a much steeper incline. All of this creates a new dynamism.”

The Beetle is sportier, offering both turbo-charged TDI Clean Diesel and turbo-charged gasoline engines, in addition to dual exhaust, performance-handling packages, 19-inch wheels, sport seats and new, sleeker styling. Volkswagen offers a panoramic roof, a range of audio options, including the Fender Premium Audio System and a customization program for the 2012 Beetle with a large number of personalization options, including a wide variety of colors and wraps along with an annual theme model.

The 21st Century Beetle offers a driver-oriented coupe experience with quality fit and finish. Three round instrument gauges are arranged in front of the driver (tachometer, speedometer, fuel gauge) providing all key information at a glance. A multifunction display is integrated in the speedometer in middle position. The steering wheel is specially designed with optional painted accents in the spokes depending on the equipment line. 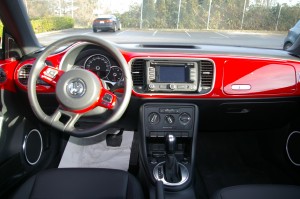 Framed by two air vents, the selected audio/navigation system is located in the driver’s visual field on the dashboard. Within easy reach, climate controls are situated just below. Similar to the original Beetle, the new car has an extra glove box integrated into the dash. 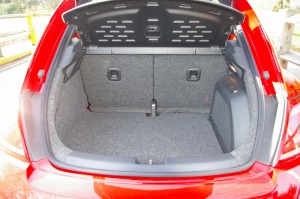 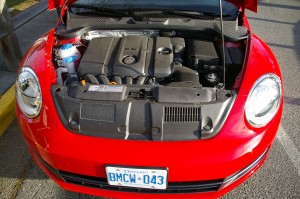 The Beetle can also be customized with a wide choice of optional features including radio-CD and radio-navigation systems, panoramic roof, Fender Premium Audio System and keyless entry access.

With its combination of performance, price, VW-build reputation and initial industry and public reaction to the vehicle, the third generation Beetle will be a hot seller—even without the flower power.

For availability and pricing see your VW dealer or visit cowellvw.com. 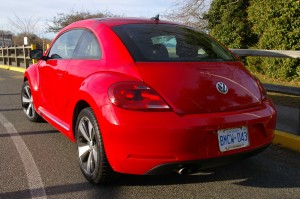 View all posts by westernadmin →
VIN-formation: How one wrong number can cause a headache
Range Rover Evoque named 2012 NA Truck of the Year