By westernadmin on June 15, 2020 in Electric Vehicles, General News 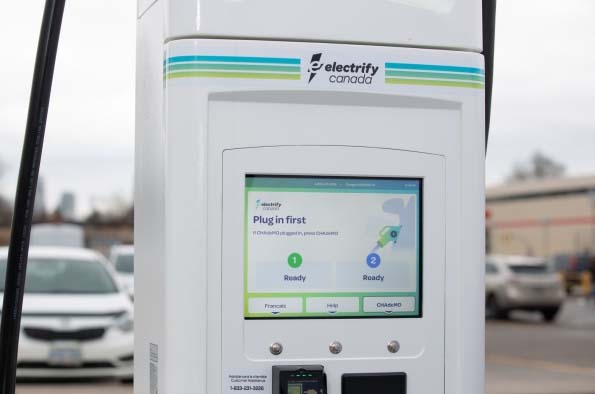 The first station, located in the city of Merritt, marked the company’s official debut in western Canada when it opened to the public in May.

Electrify Canada’s stations will be positioned along the Trans-Canada Highway and Highways 97 and 99.

As various restrictions lift and it may become more feasible for Canadians to travel, these new EV charging stations are located to provide drivers a range of travel options to some of the province’s most popular attractions, including the Nicola Valley, Banff National Park, Discovery Trail and Riverside Park Beach.

“British Columbia has been at the forefront of the electric mobility movement and we’re excited that electric vehicle drivers in B.C. will now be able to benefit from the Electrify Canada network,” said Robert Barrosa, chief operating officer at Electrify Canada. “Our expansion to the west coast is another strong step in our journey to provide high quality fast-charging options to the ever-growing Canadian EV community.”

To view whether a station near you is open and for a full list of Electrify Canada station locations, visit: https://www.electrify-canada.ca/locate-charger.