By westernadmin on June 4, 2019 in Koenigsegg 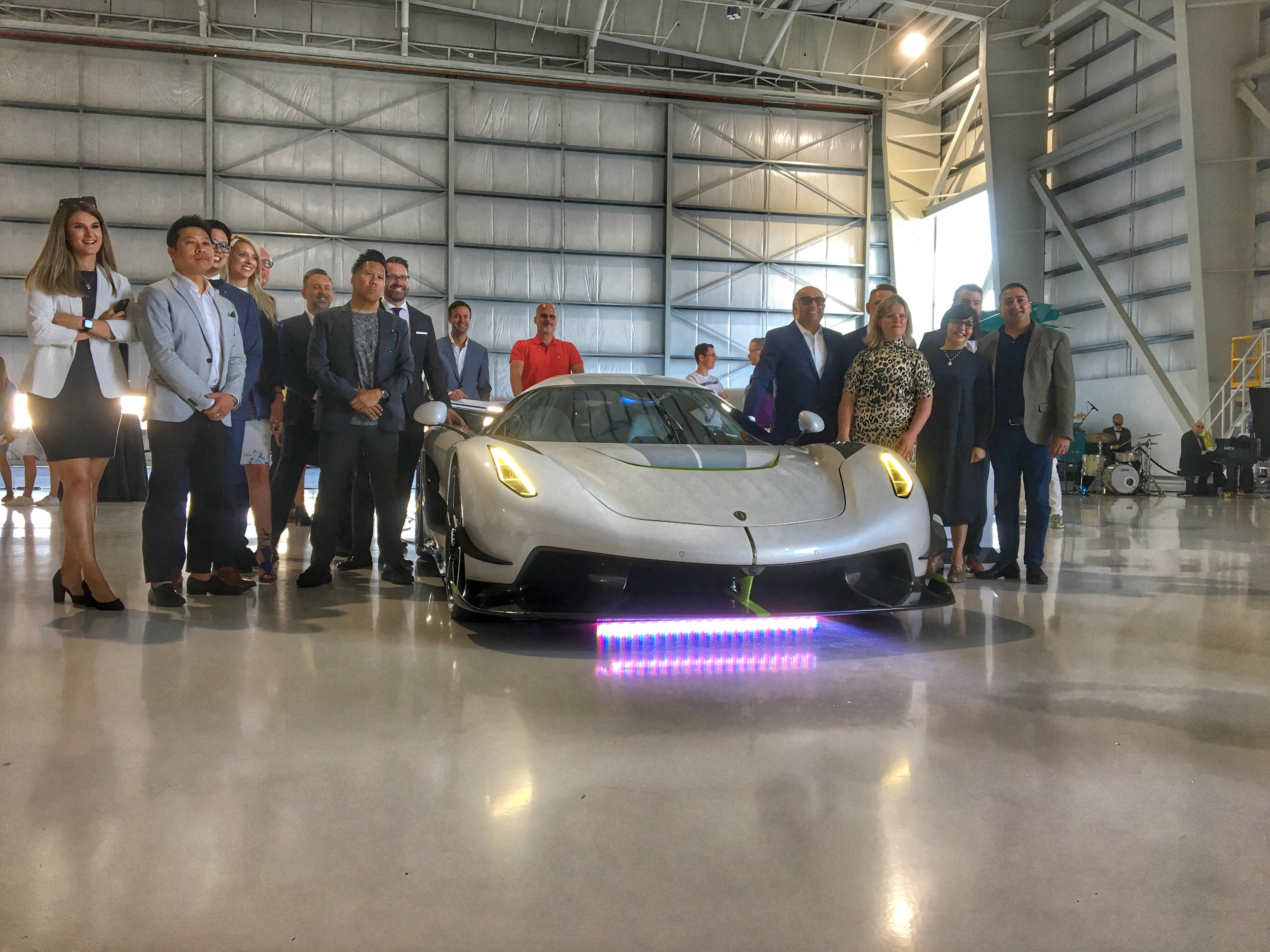 The Koenigsegg Jesko with the Weissach dealership team at its exclusive Canadian debut in Richmond, B.C.

It is touted as the world’s fastest megacar and it made an exclusive Canadian debut at the London Air hangar in Richmond, B.C., on May 31, 2019, before heading of to Germany.

“We are extremely excited to welcome the Koenigsegg Jesko to Vancouver as part of its World Tour and share the experience with fellow supercar enthusiasts,” said Asgar Virji, president of Weissach Vancouver, Canada’s authorized Koenigsegg dealer. “Koenigsegg’s simulations say that the Jesko should be the world’s first 300mph car. It truly is a technological marvel.”

Unveiled in March at the 2019 Geneva International Motor Show, the Koenigsegg Jesko is the successor to the Agera RS, which broke the production car world speed record in November 2017.

At its heart, the Jesko features one of the most powerful production internal combustion engines on the planet. Re-designed with a 5.0-litre twin-turbo V8 engine that produces 1,280-horsepower on standard gasoline and 1,600-horsepower on E85 biofuel, it also features the world’s lightest V8 crankshaft. 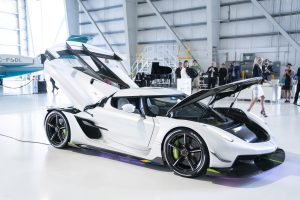 But that’s not all.

Its shape takes many cues from the aerodynamic Agera, but with more of a fighter jet stance, thanks to a taller roof line. Being 30mm taller and 40mm longer than the Agera, this allows for better ingress and egress, a more spacious cabin and better visibility.

Jesko’s production will begin at the end of 2020 at the rate of one per week, totalling 125 cars. The model can be specified in either of two variants—track or top speed—and has a starting price tag of around US$2.8 million.