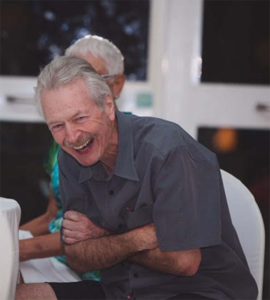 It is with sadness that Patrick and Joan Stewart publish the following announcement about the passing of Paul Barlow.

Paul was a long-time friend and attendee of the Vancouver All British Field Meet, which he faithfully and consistently attended for more than 15 years.

An active member of the Triumph club in Vancouver, Paul usually brought his beautiful 1968 Triumph TR250 out to the ABFM and won several class awards over the years. Additional cars that Paul brought to the show were a 1967 Triumph Vitesse Mk 1 and a 2014 Jaguar S Type.

He was also responsible for encouraging many classic-car owners, as well as family and friends, to attend the show and become involved in the hobby.

Paul will be sorely missed.

A Celebration of Life for Paul Barlow will be held May 5, 2018, from 1pm-3:30pm in the Seine Loft at Britannia Heritage Shipyard in Richmond, BC.

Come celebrate his positive outlook on life with cheers and a good laugh. He wanted a happy celebration, so there will only be a few speeches so that people will have the opportunity to mingle and share stories about him.

“Fares” will be collected for the BC Cancer foundation in his name. (Coins preferred but cash donations are welcomed).

View all posts by westernadmin →
See the world on your motorcycle: 38 guided tours on six continents
SVABC readies for Collector Car Appreciation Day/Month