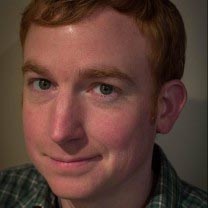 The Bridgestone Feature Writing Award, which recognizes outstanding journalism in the Canadian automotive industry, was presented to McAleer as part of the annual Automotive Journalist Association of Canada (AJAC) TestFest event held from October 24 to October 28, in Bowmanville, Ontario.

McAleer won for his story titled, Downie’s magical lyrics come alive as we drive to the 100th meridian.

“The judging panel was thoroughly impressed by the quality of the entries for this year’s Bridgestone Feature Writing Award,” said Andy Robinson, regional general manager, Canadian Consumer Sales, Bridgestone Canada. “The article truly embodies the spirit of Canada as both a tribute to the band, The Tragically Hip, and an homage to our beautiful countryside as Brendan travels across picturesque backroads to the 100th meridian in a Dodge Challenger that was built in Brampton, Ontario.”

Journalist Kelly Taylor from Winnipeg was named runner-up in the Bridgestone Feature Writing Award category for his story titled, Pumped Dry. Through the eyes of Jeff Kendel, who owns a small corner service station, Taylor describes the plight of the independent gas station trying to stay in business despite tight margins and volatile pricing.

To see a complete list of the AJAC TestFest award winners, visit AJAC.ca. To learn more about Bridgestone, visit BridgestoneAmericas.com.