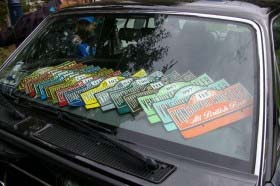 Register early, 2015 event was sold out. 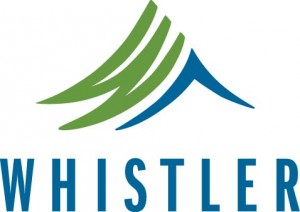 As part of the Vancouver All British Field Meet, May Victoria Day Weekend, this fun day gives participants the opportunity to drive one of the world’s most scenic roads, the Sea-to-Sky Highway from Vancouver to the Olympic Village, Whistler, where the cars will be displayed in the magnificent $13-million Olympic Plaza.

All British Run cars will gather in West Vancouver at the Park Royal Shopping Centre Southwest Village area between 8:am and 10am (last car out) to receive their Run Packs, including official Rally Bumper Placard and specially designed metal Dash Plaque.

After the official time 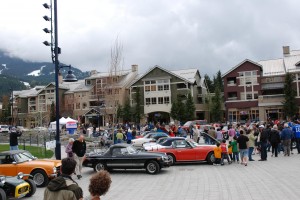 d flag-off, participants are encourage to drive at their own pace and arrange pit stops along the way to arrive in Whistler (120 km; 75 miles) in time for the Olympic Plaza display (first 120 cars), hosted by Tourism Whistler www.whistler.com and Re/Max Sea-to-Sky www.myseatosky.com open for first-arriving cars from 10:30am.

10am-4pm: Event awards and draw prizes are part of the reward for participating and displaying your car. Overlooking the Plaza is the wonderful Brewhouse Pub, Whistler’s only brew pub and restaurant, which will be offering a special discounted All-British Run lunch for participants on a first-come basis.

Entrants staying overnight are free to make dinner reservations with new-found friends at the restaurant of their choice and their will be lots of affordable dining in Whistler on this holiday weekend. 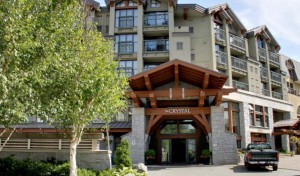 Fee for the All British Vancouver-Whistler Run is $28. Complete the Whistler Run section of the 2016 ABFM Entry Form by April 30, 2016. A Confirmation of Entry will be emailed. Register early as this event sold out in 2014 and 2015. 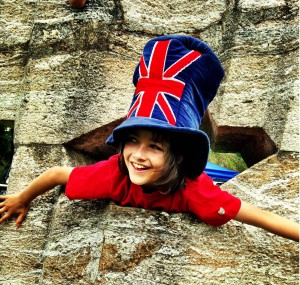 Sponsors’ awards and prizes will be given to deserving entrants.

We look forward to a fun, relaxed day of motoring with you and your car along the Sea-to-Sky Highway in Beautiful British Columbia. 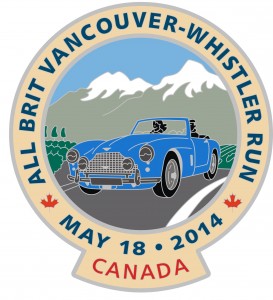 Check out the following links from previous All British Vancouver-Whistler Runs: